World powers resumed negotiations with Iran over their hoped-for revival of the 2015 Joint Comprehensive Plan of Action (JCPOA), the nuclear agreement to eliminate economic sanctions against Tehran in exchange for curbs on its nuclear program.

Iran, Britain, France, Germany, Russia and China met Thursday in Vienna for talks chaired by European Union diplomat Enrique Mora. The US participated indirectly at the insistence of Iran.


The talks took place despite pessimistic prediction last Friday that a nuclear agreement with Iran would not be possible due to its government’s unwillingness to honor compromises reached in prior talks.

Both the United States and Israel have ramped up the pressure on Tehran with saber-rattling about possible economic and/or military consequences if the talks fail; Israeli Defense Minister Benny Gantz met Thursday with his American counterpart, Defense Secretary Lloyd Austin, to discuss those prospects in addition to their talks on bilateral ties and the issue of Israel’s qualitative military edge in the Middle East.

The Israeli defense minister said that in its talks Thursday with world powers, Iran is “playing poker with a bad hand and it’s playing on time.”

His office said in a statement that he and Austin “discussed emerging challenges and opportunities in the region, with a particular focus on the developing challenge vis-à-vis the Iranian nuclear program and its regional aggression.”

Gantz himself said in his remarks at the meeting that Iran poses “not just a threat to our physical security,” but also a “concrete threat to our way of life and our shared values.

“In its aspirations to become a hegemon, Iran seeks to destroy all traces of freedom, human dignity and peace in the Middle East and beyond. The nuclear program is a means to its hegemonic goals,” he added.

The US defense secretary likewise said, “We share Israel’s deep concerns about the Iranian government’s destabilizing actions, including its support for terrorism and its missile program, and its alarming nuclear advances.

“The president has made clear that if the policy fails, we are prepared to turn to other options.”

Gantz is also set to meet with US Secretary of State Antony Blinken while in Washington. 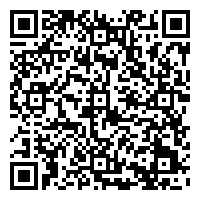