The Supreme Court of Jordan on Monday approved the country’s gas deal with the State of Israel, and ruled that additional approval would not be needed from the nation’s parliament, which has strongly objected to the agreement.

“This is an agreement between two companies whose contracts do not touch on aspects of the law that would require parliamentary approval,” the court ruled.


Legal review by the Supreme Court came in the wake of widespread protests in Jordan, where anti-Israel sentiment has been whipped into a frenzy by incitement by the Muslim Brotherhood and Palestinian Authority activists.

The $10 billion gas deal to import Israeli natural gas from Israel’s Leviathan offshore gas field was seen by the Jordanian parliament as a threat to the country’s energy security.

Jordan’s National Electric Power Company (NEPCO) signed a 15-year agreement to buy between 3 billion and 3.5 billion cubic meters of gas annually from Leviathan, beginning next month, the final quarter of 2019.

The agreement was signed in September 2016 with Noble Energy, the Texas-based company that operates the Leviathan gas field. 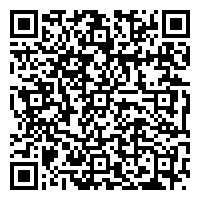