Maritime border talks between Israel and Lebanon are in the “final stages,” according to Lebanon’s President Michel Aoun, who shared the news with United Nations Special Coordinator for Lebanon Joanna Wronecka.


The report was confirmed by the head of Lebanon’s General Security agency, Abbas Ibrahim, who told local channel Al-Jadeed, “We’re talking about weeks – actually, days – to finish the delineation issue. I’m hopeful that the situation is positive,” he said.

“Israel believes that it is both possible and necessary to reach an agreement on a maritime boundary between Lebanon and Israel in a manner that will serve the interests of both countries,” a spokesperson for Israel’s prime minister said in a statement Monday night.

“Such an agreement will be greatly beneficial and strengthen regional stability,” he said, adding Israel’s thanks to US energy envoy Amos Hochstein, who is brokering the talks between the countries.

The deal proposed by Hochstein gives Lebanon control over the Qana gas field in exchange for granting full rights to the Karish field, according to sources quoted by Yalibnan.

Issues still to be worked out include “some technical details related to the demarcation process,” Aoun said.

Complications on the Israeli Side
Those details may include some complications in the Israeli side of things: a source told Israel Hayom the Jerusalem government may describe the negotiations as focusing on “marking a border,” to work around the necessity of a national referendum over the issue.

Sources close to the negotiations said Israel’s diplomatic-security cabinet may also hold a secret vote on the final agreement before the results are released to the public, Israel Hayom reported Monday.

Here’s why: any international agreement with a foreign country must be submitted to Knesset for a two-week review under official government procedures. Then the government ministerial panel votes on the deal.

“The prime minister may decide there are special circumstances involving national security of foreign relations that require an international treaty be presented to the ministerial committee for national security (the diplomatic-security cabinet) rather than the government,” according to the relevant law.

Using the term “marking a border” – rather than “setting a border” – would avoid triggering the law requiring a national referendum on changing the status of Israeli sovereignty in areas under its control, Israel Hayom reported.

The prime minister’s office declined to confirm the report.

A Deal for Both Sides of the Border
The deal currently on the table would guarantee Lebanon’s rights to extract natural gas and oil in specific fields in its exclusive economic zone, Aoun said.

“Exploring in Lebanese waters will contribute to reviving the Lebanese economy, which has witnessed a significant decline during the past years, as well as enhancing security and stability in the south,” he pointed out.

Lebanese officials demanded a written version of the proposal before giving a final answer, Reuters reported.

Lebanon’s Banks Close as Depositors Storm Branches
The Association of Banks in Lebanon (ABL) announced Monday they would close for three days after depositors stormed eight branches on Friday to demand they be allowed to withdraw their savings.

Caretaker Interior Minister Bassam al-Mawlawi called for an emergency meeting of the Central Internal Security Council in response to the violence.

Some held bank employees hostage to force the bank to give them their money, much of which is banked in dollars.

The banks are insisting the money can only be withdrawn after being exchanged into Lebanese pounds – which are nearly worthless at present – at a rate far less than that obtainable on the black market, Reuters reported.

Lebanese citizens are becoming increasingly concerned about their savings – and the bank’s ability to protect them – as the local currency crashes to just five to ten percent of its value on the black market.

Last Friday, depositors stormed eight banks to demand their money, according to Yalibnan. In at least one case, a depositor armed with a pistol entered a BLOM Bank branch in Beirut and refused to leave until he was allowed to take his money. A mob of supporters rallied outside while the standoff continued for hours – but at the end, although he was not arrested, Abed Soubra left empty-handed.

Another man who appeared to be armed was later found to be holding a toy pistol as he, too, held up the Byblos Bank branch in the southern city of Ghazieh, pouring a jerrycan of fuel on the floor to underline the threat.

The savings of depositors in the country have been steadily devalued and trapped in the banks for nearly three years.

Strict limits on bank withdrawals in the face of a national economic crisis have left millions unable to pay their bills. Food security is likewise becoming a serious issue.

At least 75 percent of Lebanon’s residents have been catapulted into abject poverty, driving them to desperate measures. 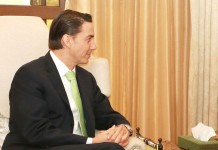 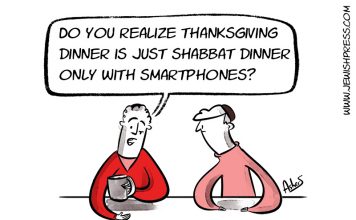 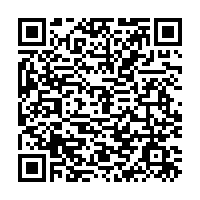