The assassination attempt on Hamas official Mohamed Hamdan in Sidon on January 14 was carried out by a team of local Israeli agents as well as two Mossad officers, a man and a woman—using Georgian, Swedish and Iraqi passports—who were sent to boost the operation, according to Lebanese security sources who spoke to the pro-Hezbollah newspaper Al-Akhbar.

According to Al-Akhbar, the woman placed the explosive charge in Hamdan’s a car, and the man detonated it.


The car bomb contained about 500 grams of explosives and was placed under the driver’s seat, according to the Lebanese National News Agency. The explosion destroyed the vehicle, causing damage to a building nearby.

Hamdan suffered a leg injury and was taken to a local hospital for treatment. A Hamas spokesman said at the time that “Initial indications point to Zionist fingers behind this criminal act,” to which Israeli Minister of Intelligence and Transport Yisrael Katz (Likud) responded on Army Radio: “If Israel was involved in the bombing, then the target would not have survived with only minor injuries.”

According to Al-Akhbar, Lebanese investigators have uncovered the Mossad agents’ false passports, and their dates of entry and departure. Apparently, one of the two Lebanon-based agents fled to Turkey the day after the assassination attempt, and was arrested on the request of Lebanese prime minister Saad Hariri. The other agent also left for Turkey, but was able to fly out unmolested, landed in Rome and Continued to the Netherlands. 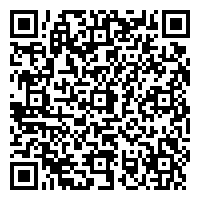