Protesters in Lebanon attempted to storm the country’s Parliament in Beirut on Sunday as rage against the government continued nearly a week after a massive double blast killed at least 158 people, injured nearly 6,000 more and left another 300,000 homeless. Lebanese television showed flames breaking out at the entrance to the square near the Parliament, as police fired tear gas canisters hoping to disperse rioters.

Protesters in Beirut called for a revolution as they stormed several government buildings in anger over the deadly blast that devastated much of the city. pic.twitter.com/xtdcVvytf7


One of the protesters, a 19-year-old, told a Reuters reporter he wanted to “destroy” the government.

Probe Into Cause, While Ministers Quit
After a week in which a massive double explosion has forced the “Riviera of the Levant” to do some serious soul-searching. At least 16 employees at the Port of Beirut are now in custody, others are still being questioned.

The blasts left a crater 43 meters (141 feet) deep, according to multiple reports.

Search and rescue teams also discovered an underground network of bomb shelters or “panic rooms,” as Sky News correspondent Alex Crawford called them in a report on Friday. “They know that there’s a labyrinth of subterranean chambers here,” she said. “That’s what is keeping the hopes of relatives alive. That somehow, their loved ones have made it to that shelter.”

President Michel Aoun confirmed to Britain’s Sky News this past Friday that officials are investigating the “possibility of external interference through a rocket, or bomb, or other act.”

That probe has been ongoing since the minute security forces were able to gather their wits and their forces and resources following the explosions, officials said. However, protests are continuing regardless and government leaders are beginning to quit.

Protesters are continuing to demonstrate against the government, with violence on both sides continuing, and parliamentarians and ministers are beginning to give up under the pressure.

2/2 We support them in their right to peaceful protest, and encourage all involved to refrain from violence.

At least two government ministers have resigned. The first was Information Minister Manal Abdel Samad, who resigned Saturday night, citing the failure of the government to carry out reforms as well as the catastrophic blast Tuesday, according to Lebanon’s Al Jadeed TV. The second was Environment Minister Damianos Kattar. In addition, six MP have also quit, including Michel Moawad of the Lebanese bloc, and three MPs from the Kataeb Party, including the independent representative Paula Yaqoubian, Marwan Hamadeh, who is close to the Druze leader Walid Jumblatt and Nehmat Ephrem.

Uniting to Raise Money for Lebanon
Meanwhile world powers met in a video conference Sunday to raise funds to help Beirut recover from the devastating double explosions that destroyed the Lebanese capital. Prior to the conference, South Korea announced it is extending a $1 million emergency aid package to Lebanon, according to a report by Al Jazeera.

The conference was brokered by France and the UN, and included the US, China, Russia, Egypt, among others. A spokesperson prior to the event said that Israel “would not attend” but that the “United Nations is in contact” and that Israel wishes to help. Iran, however, did not show “any desire to participate.”

A communique issued after the event by the international donors stated the “assistance should be timely, sufficient and consistent with the needs of the Lebanese people … and directly delivered to the Lebanese population, with utmost efficiency and transparency.”
The pledges made at the donor conference include:
Qatar – $50 million
France – 50 million euros ($58.9 million)
Germany – $20 million
Kuwait – $41 million
European Commission – 63 million euros ($74.2 million)
Cyprus – 5 million euros ($5.89 million)

France told the conference the funding includes support for an impartial, credible and independent inquiry into the port explosion.

According to a United Nations estimate, the needs of the health sector alone in Lebanon reach close to $85 million at present; economists have also predicted that up to 25 percent of the country’s GDP will be wiped out by the blast.

US President Donald Trump called for Lebanon to conduct a “full and transparent investigation” into the explosions, following the donor conference, and expressed his support for the protests that demand reform in the country. “The President called for calm in Lebanon and acknowledged the legitimate calls of peaceful protesters for transparency, reform, and accountability,” the White House added in a statement after the event.

A source in the Elysee told Sky News, “”The immediate goal is to be able to secure the urgent needs of Lebanon, with conditions that allow aid to go directly to the population,” explaining that the priorities are “strengthening the damaged buildings, urgent medical assistance, food assistance, and repairing hospitals and schools.

“The approach is the one used by international organizations. It is necessary not to grant the Lebanese government a blank check.” 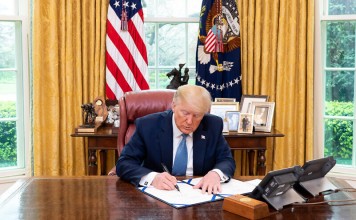 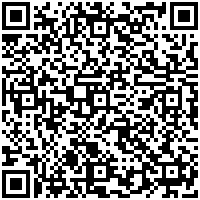