Just as the government prepared on Sunday to announce that outdoor cultural performances will soon be able to resume, the Coronavirus Cabinet announced a raft of new restrictions to be imposed on Israeli society. Existing ones are to be renewed as well.

The reason: Israel’s death toll has just reached 600 and shows no signs of stopping. There were at least 393 Israelis listed in serious condition this weekend, including 118 requiring respirator support – the highest number since mid-April.


On Sunday morning there were 24,433 active cases of COVID-19, the disease caused by SARS-CoV-2, the novel coronavirus. Of those, 763 were new cases since midnight.

Since the start of the pandemic, a total of 82,670 Israelis have been diagnosed with the virus.

So after the coronavirus cabinet meeting, the following restrictions were decided upon and will take effect upon the expiration of the prior emergency regulations this coming Tuesday, August 11.

Those regulations determine the following arrangements:

A. Rules in the public sphere regarding the maintaining of a distance of two meters between people

B. A prohibition on gatherings in the private sphere, the public sphere, public places and places of business, of more than 20 people in open areas and of more than 10 in a structure.

C. A restriction on traveling in private vehicles of no more than two passengers in addition to the driver, and if the vehicle has more than one rear bench, of one passenger on each rear bench, except for people who live together.

D. Local authorities shall post signs adjacent to public playgrounds regarding the requirement to maintain distance, the prohibition on gatherings and the wearing of masks.

E. Rules applying to public places or places of business are as follows (inter alia): Submission of a declaration, placing of barriers, signs, appointment of someone to be responsible for corona-related matters, questioning and taking of temperatures, demarcation of places to stand in lines, maintaining rules of hygiene and disinfection, non-entry of people without masks, etc.

F. Maximum capacities for public places and places of business: One person per 7 square meters or as per the restriction on gatherings (whichever is higher). Exceptions: Eating establishments (20 people in a closed space in a structure and up to 30 people outside); eating establishments in hotels (up to 35 percent capacity according to the business license); group therapy in a social welfare framework (up to 15 people); pools and mikvaot (in the water, up to 1 person per 6 square meters). Signs regarding the permitted number of persons must be posted; the number of those present must be regulated.

G. Clarification: Nothing in the foregoing shall detract from “manager’s directions (horaot menahel)” given pursuant to public health ordinances to prevent the spread of the virus to houses of prayer, mikvaot, eating establishments, barbershops and beauty salons, etc.

H. Additional conditions (in addition to the conditions and rules for places open to the public and businesses) shall be set for malls and open-air markets including the prevention of eating in common food courts.

I. For delivery service, the delivered goods will be placed adjacent to the entrance of the residence, outside.

J. The head of the service or the district physician in the Health Ministry shall have the authority, should it be discovered that someone with the coronavirus was in a public place or place of business, to order the closure or partial closure of the place for the period necessary to prevent infection with the virus or the holding of an epidemiological investigation, for the period of time determined in this regulation. The regulations include the option of contesting this determination.

K. It shall be prohibited to operate discotheques, bars and pubs, halls or gardens for events, waterparks, amusement parks (including indoors), jacuzzis in licensed commercial establishments and places for holding fairs.

L. Holding the following events – in which the number of participants exceeds that which is permitted by the prohibition on gatherings – shall be subject to restriction: Conferences, parties, festivals, organized tours, etc. This applies whether said gatherings are in private or public spaces and whether they are in spaces open to the public or a place of business.

M. The opening of swimming pools for toddlers.

Regarding places of work that do not receive the public, the rules which applied up until today – according to which there are restrictions on gatherings of up to 10 people in closed spaces and up to 20 in open spaces – no longer apply. In their stead are directives for employers on how to act in order to minimize infection with the virus. Thus, places of work that do not receive the public may continue to operate properly and continually. The regulations also contain exceptions for essential places of work regarding the need to meet the rules should that not be possible, in order to maintain the continuous activity of the economy.

The rules that apply to places of work:

A. Maintaining a distance of two meters between workers
B. Wearing masks
C. Using personal equipment as much as possible
D. Meetings of up to 50 people, while adhering to the rules

Pursuant to the law, the regulations which were passed according to the law will be presented to the Knesset House Committee. The Knesset shall be eligible to approve them in their entirety or in part or change the period in which they will be valid, within 24 hours. Should no decision be made within 24 hours, the regulations will be published and thereby take effect (24 hours after the decision was passed), and the Knesset House Committee will hold a discussion on the regulations and decide whether to approve them as per the foregoing, within 14 days regarding the restrictions on private and public spaces, or 28 days regarding restrictions on commercial activity and places open to the public.

At a meeting that was also held Sunday between Prime Minister Benjamin Netanyahu, Finance Minister Yisrael Katz, Health Minister Yuli Edelstein, Culture and Sports Minister Yehiel (“Chili”) Tropper, and representatives of the culture sector, it was decided that cultural events will be opened immediately on format of ‘capsules’ in the open space.

According to the format that was formulated in recent weeks, entry to cultural events will be permitted in the open air, with the venues being divided into capsules of 20 people each. Every performance venue will be approved, on an individual basis, by the Health Ministry.

At least, that was decision reached Sunday. Whether or not it actually gets put into action will depend on whether the coronavirus numbers come down as anticipated by health officials. 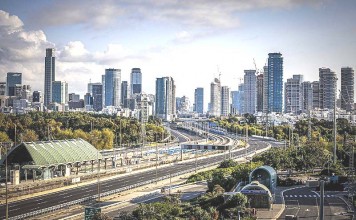 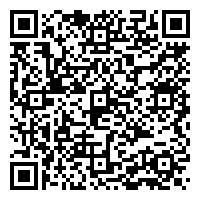