11:33 A UAV was intercepted by a Patriot missile as it approached the border between Israel and Syria on the Golan Heights, an IDF spokesman said Saturday morning.

11:38 The drone was flying over the demilitarized zone on the Northern Golan Heights. The drone was apparently a Syrian army drone on an intelligence collection mission, the IDF said.


12:01 “Israel will not tolerate any violation of its sovereignty and will react forcefully to any provocation,” Defense Minister Avigdor Liberman said in response to the incident. “We see the Syrian regime as responsible for any violation of Israel’s sovereignty. We call on the Syrian regime to restrain all factions operating from within its territory. We will not allow the Shi’ite axis to become entrenched in Syria and use it as a base for forward operations.” 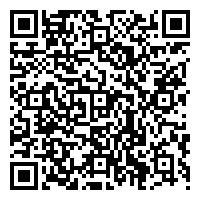