According to their joint statement, President Trump and President Putin on Saturday met on the margins of the APEC conference in Da Nang, Vietnam, to confirm their determination to defeat ISIS in Syria. Meanwhile, the two presidents also agreed to let Iran and its two satellite terrorist groups, the Islamic Revolutionary Guard Corps (IRGC) and Hezbollah, to roam free in parts of Syria, including up against Israel’s northern border.

Naturally, ISIS is far from being the only player in the Syrian civil war, nor is it a major player, at this stage, nor are military experts convinced that taking ISIS out of the game is necessarily in the West’s best interest – but this is what the two presidents have yielded on Saturday: they’re both determined to destroy ISIS. And, to that end, both presidents expressed their satisfaction with the US-Russia “enhanced de-confliction efforts” between US and Russian military forces “that have dramatically accelerated ISIS’s losses on the battlefield in recent months.”


The two presidents also engaged in creative fantasy, to which they devoted a paragraph in their joint statement Saturday: “The two Presidents affirmed that these steps must include full implementation of UNSCR 2254, including constitutional reform and free and fair elections under UN supervision, held to the highest international standards of transparency, with all Syrians, including members of the diaspora, eligible to participate.” There will be flowers, and little boys and girls will roll on the grass with puppies as the joy of freedom will spread through the Syrian countryside.

But if you fell off your seats laughing over the dedication of the two giants of democracy and transparency to Syria’s joyous future, here’s something that should scare you straight against the back of your seat: “President Trump and President Putin confirmed the importance of de-escalation areas as an interim step to reduce violence in Syria, enforce ceasefire agreements, facilitate unhindered humanitarian access, and set the conditions for the ultimate political solution to the conflict.”

That bit of newspeak coming from President Trump, after months and months of warnings from Prime Minister Netanyahu, is outright frightening.

It began in July, when Russia, Turkey and Iran agreed to set up de-escalation zones across Syria, with Russia, Turkey and Iran to acting as guarantors. Turkey’s pro-government newspaper Yeni Safak reported at the time that Iranian and Syrian army forces would be deployed to the southeast (that’s Israel’s northwest), with support from Russian forces.

Al Jazeera reported in the summer that the new agreement is a “sign of progress,” but noted that “there are concerns by the opposition with respect to having Iranian forces on the ground as monitors in the designated areas. The opposition is staunchly against any real presence by Iran in Syria.”

The opposition, meaning the largely Sunni rebel forces which Israel has been supporting, despite their affiliation with Al Qaeda, is extremely unhappy about being hunted down by Russia-supported Iranian and Hezbollah fighters, in those de-escalation zones. Israel does not want any of that on its border, and has spent more than three intense months arguing with a seemingly slow-witted US Administration over what happens when armed Shiites backed by Russian soldiers settle down at your border.

Israel also tried to hammer the same points in Moscow. In September, Israeli Ambassador to Moscow Harry Koren told TASS that the southern zone of “de-escalation” in Syria at the center of discussions between Israel and Russia, adding, “But what matters most is not kilometers but Iran’s presence in Syria in general and especially in its southern part.”

Iran’s “current leaders hold a radically negative position against Israel,” and are engaged in “endless demonstration of weapons, accompanied by calls to eliminate the State of Israel,” Koren said, then asked, “What are we supposed to think about the ‘friendliness’ of the Iranian leaders under such circumstances?”

In the end, President Trump who has been so adamant about the folly of Obama’s nuclear deal with Iran, is signing off on allowing the Iranian threat against the Jewish State to come in a thousand miles closer. 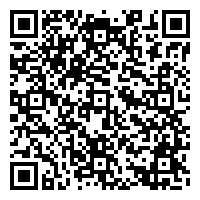