Hezbollah has launched a campaign to obtain public legitimacy for placing troops along the Israeli border in Quneitra on the Golan Heights. They began the campaign after Russia rejected Israel’s demands that Iran be removed from Syria, according to the NZiv.net website.

From Hezbollah’s perspective, Russia’s rejection is tacit acceptance that Hezbollah can take control over the Quneitra region.


The messages emanating from Hezbollah is that as soon as they and Iran finish consolidating control of eastern Syria, Hezbollah will turn all their military forces towards Quneitra as the focal point of their next operation.

The purpose will be to establish a second front with Israel, armed to the teeth like Southern Lebanon, and place the Galilee between their pincers.

In addition, they want to take control over the areas south-west of Damascus, which is the a critical part of the Syrian Rebels supply route to Quneitra.

Hezbollah has been trying to establish terrorist infrastructure on the Golan Heights since they entered Syria. 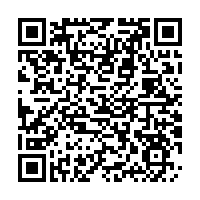