“Israeli planes targeted the Jamarya region near Damascus, including a scientific research center and warehouses where weapons and ammunition of the regime and its allies were stocked,” Observatory director Rami Abdel Rahmane told the AFP news agency.

Syrian regime forces claimed to have intercepted three of the six missiles fired at the positions, according to Syrian state television.

The report follows an alleged attack on an Iranian military base by Israeli air force fighter jets about 50 kilometers (31 miles) north of Syria’s border with Israel. Satellite imagery published earlier in the day on Monday showed the destruction at the al-Qiswa base south of Damascus where the air strike took place early Saturday.

Israel has neither confirmed nor denied the reports.

But Prime Minister Benjamin Netanyahu has repeatedly warned world leaders about Iran’s plan to establish a permanent military presence in Syria, and has underlined that “Israel will not let that happen.” 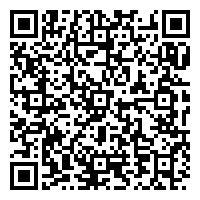