Israel announced Tuesday that the airspace above the Golan Heights, adjacent to its border was Syria, was closed to air traffic flying above 5,000 ft. for the coming month, as reports emerged from Syria that at least 14 people were killed in an Israeli Air Force (IAF) strike on Monday.

The Syrian Observatory for Human Rights (SOHR) reported that an Israeli bombing that targeted Iranian forces and militias in Deir Al-Zour killed 14 of them, men of Iranian and Iraqi nationality.

The death toll is expected to rise as there are many wounded, some of them in critical condition, the SOHR noted.

Israel also bombed ammunition warehouses within the branch 247 “Defense Factories” in Al-Safira area, southeast of Aleppo, which is under the control of Syrian regime forces and Iranian militias.

Arabic media reported a large fire with many casualties in the Israeli attack south of Aleppo.

A scientific research facility was probably destroyed. The center is used for the development and production of weapons, including long-range missiles, and has been bombed by Israel in the past. 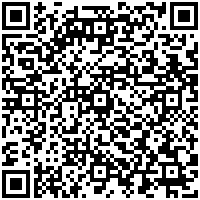