Sputnik reports that an Iranian cargo plane was targeted in an alleged air strike while unloading at Damascus International Airport in Syria late Monday night. Foreign media reported the missile attack was targeting a shipment of weapons intended for Iranian-backed Hezbollah guerrilla fighters.

According to a separate report by Intelli Times, however, the attack took place shortly after an Ilyushin 76T Syrian cargo plane unloaded cargo that was loaded in Tehran.

Other media reported that Syrian air defenses were activated over southern Damascus, with “targets currently being engaged.”

A security source suggested that decoy missiles were used in the attack on the Damascus International Airport in order to expose the Syrian Air Defense locations in preparation for future strikes.

The Israel Defense Force and Israel’s government has made no comment, in accordance with standard government policy. 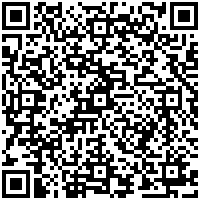