Syrian television reported early Monday morning that Israel attacked in the south of the country. The Syrian newspaper Al-Watan reported that the Syrian air defense systems had been activated against hostile targets in the Damascus skies. The Syrian official news agency SANA reported: “Our air defenses responded to an Israeli aggression that targeted some points in the southern region and shot down most of the hostile missiles.”

Syrian media reports that two people were killed in the attack.

In late February, Syrian sources reported that Israel had attacked targets in the Quneitra area using missiles launched from the ground.

Since Russia invaded Ukraine on February 24, Jerusalem has been stressing the importance of maintaining security coordination between Israel and Russia on the Air Force’s activities against arms transfers to Hezbollah in Syrian territory. In the first days of the war in Ukraine, Russia sent a message to Israel that they would allow the IDF freedom of action over Syria. 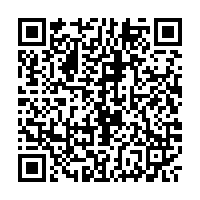