Twelve Syrian soldiers approached the border with Israel on Mount Hermon on Monday evening. The Syrian soldiers were armed, their faces were covered and came within 300 meters of an IDF outpost along the Israel-Syria border, on Monday night, according to a report in Srugim.

The IDF spokesperson said, “During the night, suspicious movement was identified near the northern border with Syria. After surveillance and clarification efforts, it was understood that this was an internal activity of the Syrian army, which did not pose a threat to IDF forces. The forces were under surveillance throughout the activity and at no stage was there any crossing into Israeli territory.”


The Syrians did not coordinate their activities with the UN. That area of the border is very mountainous and has no fence, and has been the site were illegal infiltrators have attempted to cross in the past. 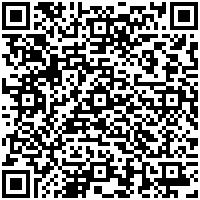