Something very strange seems to have happened during the Israeli Air Force’s large-scale attack on Syrian and Iranian targets in Syria overnight.

In a video released by IntelliTimes, which is reportedly of the Syrian missile system launching rockets at the Israeli Air Force last night, one clearly sees Syrian missile after missile become “confused”, turn around, and return to the ground and explode…


The blog estimates that this may indicate a loss of radar lock after the launch, or another proactive action that prevented the missiles from starting their course toward the target.

Security sites reported in the past that Israel wanted to install radar blocks on its F-35 aircraft which would enable the aircraft to bypass enemy radar systems. Similar reports have suggested that the IAF F-35 planes are equipped with a system that prevents its detection by enemy radar.

Back in 2012, an IAF official told Av Week that while the stealth of the F-35 in its current form would be cracked and overcome in 5–10 years, the aircraft will be in service for 30–40 years, which is why Israel insisted on making its own changes to the aircraft’s electronic warfare systems.

Defense Minister Naftali Bennett declared on Wednesday that “the rules have changed. Anyone who shoots at the State of Israel during the day will not sleep at night. Like last week and now this week. Our message to Iran’s leaders is simple: You are no longer immune. Wherever you stretch your tentacles-we will hack them off.”

There is a lot of speculation as to how Israel could have done this. Whatever the method, this could be a game changer. 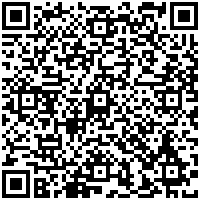