At least 23 military personnel were killed in the strikes, according to the UK-based Syrian Observatory for Human Rights, which said that 16 foreigners, presumed to be Iranians, were among the dead. Israel has repeatedly warned President Bashar al-Assad not to interfere during strikes on Iranian military targets in Syria.


The attack was carried out in retaliation for the launch of four rockets by Iranian forces from Syria’s territory to Israeli territory on Monday. That Syrian attack featured ground-to-air air missiles, despite a clear warning delivered from Israel to avoid such shootings. As a result, several Syrian air defense batteries were destroyed overnight Wednesday.

“The framework for the IDF’s activities is clear and the initiative—important to note—is in our hands,” explained IDF Spokesman Hedi Silberman. “Twenty four hours ago, four rockets were fired at us and downed by the Iron Dome batteries. We conducted an expedited battle procedure, along with a series of air force strikes we carried out tonight. The attack was extensive, considering the amount of time it took, and was carried out in the southern and western Damascus region, as well as a small part in the [Golan] front.”

About 20 targets were hit in the attack, slightly more than half of them Iranian headquarters and compounds belonging to the Quds force and militias affiliated with Tehran. The rest were Syrian air-to-air missile batteries, which were damaged when they fired at the Israeli planes. Israel did not damage the advanced SS-300 battery, which is operated by Russian soldiers.

One of the targets was the National Defense building at Damascus Airport, where the Iranian Quds force headquarters is located. Damage to the building was deliberately limited and it was not completely destroyed.

PM Benjamin Netanyahu delivered a statement after the attack, saying: “I made it clear that whoever hurts us – we will hurt him. This is what we did tonight against Iranian Quds military targets and Syrian military targets in Syria, from where rockets were launched at Israel last night.”

The Syrian official news agency SANA reported Wednesday morning that “Air Defense Systems in the Syrian Arab army thwarted, after midnight, a violent Israeli aggression that targeted the outskirts of Damascus and destroyed most of the missiles before they reached their targets while two civilians were martyred and two were injured due to the aggression.”

SANA cited a military source that said: “At 1:20 AM, Israeli military warplanes fired several missiles from over both the Occupied Golan and Marj al-Eyoun in Lebanon targeting the outskirts of Damascus. And Immediately our air defense systems thwarted the attack, intercepted the hostile missiles and downed most of them before they reached their targets.”

Possibly. But SANA also reported that “the work is still on to examine the situation clearly and estimate the damages and loses caused by the aggression.”

The IDF Spokesperson stressed that the Iranian attack on Israeli territory was further proof of the current mission of the Iranians in Syria. This presence is a danger to Israel’s security, regional stability and the Syrian regime.

“As part of the operation, we acted against the host – the Syrians, as well as against the Quds force including its range of militias,” the IDF spokesman added. “We will not put up with an Iranian presence on our border and will stand against it.”

The spokesperson said the IDF also sees the Syrian regime as responsible for whatever is happening in its territory, and warns it against taking action or allowing action against Israel. Such actions will provoke a backlash. The IDF will continue to act firmly and harshly against Iran’s presence in Syria. 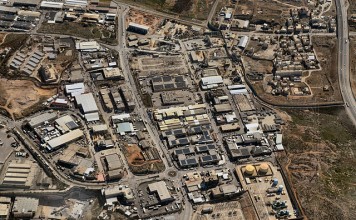 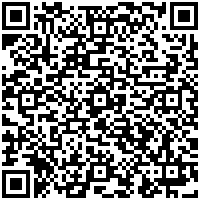