Israel’s President Isaac Herzog landed on Wednesday in Ankara for a state visit to Turkey, the first such trip by an Israeli leader since 2008.

The Israeli president was welcomed in a state ceremony at the Presidential Complex in Ankara. The Turkish government and in particular, President Recep Tayyip Erdogan, has close ties with the Muslim Brotherhood and especially with Gaza’s ruling Hamas terrorist organization, which the United States and European Union have designated an international terrorist group.


Ankara noticeably toned down its belligerent rhetoric regarding Israel in advance of Herzog’s visit, but has done little to modify its stance on what it considers the “rights” of the Palestinian Authority.

‘Welcome Dialogue’
Citing his “productive meeting” held with Turkey’s President Recep Tayyip Erdogan, Herzog said in remarks to reporters in the capital that Erdogan’s invitation represented “a continuation of the welcome dialogue and contact” the Turkish president initiated when Herzog took office.

He noted, however, that “unfortunately relations between our countries have experienced something of a drought in recent years,” adding that he believes the relationship between Turkey and Israel will be judged by “deeds reflecting a spirit of mutual respect and will enable us to better confront the regional and global challenges that are common to us all.”

Turkey’s foreign minister is slated to visit Israel next month, when Herzog said he will “surely” hold talks with Israeli Foreign Minister Yair Lapid about “building these mechanisms and the agenda that you described at length in all fields.”

“We shall try to promote dialogue and examine it through deeds,” Herzog commented.

The “baggage of the past,” he noted, “never disappears of its own accord, but we — our two peoples, our two countries — are choosing to embark on a journey of trust and respect, which will include an in-depth dialogue in all fields.” Herzog thanked Erdogan for the “in depth discussion” they held prior to the news conference, saying “We are choosing to look forward, together.”

Nevertheless, Herzog said, “We must agree in advance that we will not agree on everything.” Such is the nature of a relationship with “a past as rich as ours,” he said. “But we shall aspire to solve our disagreements with mutual respect and goodwill, by means of the proper mechanisms and institutions, which we shall develop together, and with our sights together on a common future.

“You and I, and your people and mine, we are all children of Abraham — the father of believers in God,” he pointed out.

“I believe that all of us, members of all religions — Muslims, Jews, and Christians — can and must live in peace in this beautiful region, side by side, hand in hand,” Herzog went on.

“I expect us to work together to strengthen the stability, prosperity, peace, and security of our region, for the sake of all nations of this region.

Herzog also made reference to the current war being waged on Ukraine by Russia, saying “we have seen once more how bad wars are. The war in Ukraine is a humanitarian disaster, which is shocking the whole world.

“We cannot remain indifferent to such human suffering, and I welcome any endeavor that will lead to the end of the bloodshed.

“In days like these, we want to send a message that we are working in a different direction and creating new hope for our region,” he added.

“I pray that God will be by our side and will accompany us on our new path.” 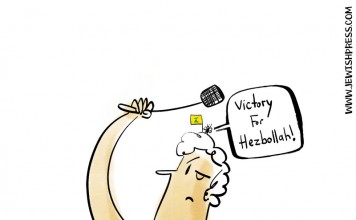