Any Turkish incursion into Syria would be “unacceptable” and would be stopped by the United States, U.S. Defense Secretary Mark Esper warned on Tuesday.

“Clearly we believe any unilateral action by them [Turkey] would be unacceptable,” Esper told reporters traveling with him to Japan, Reuters reported.

“What we’re going to do is prevent unilateral incursions that would upset, again, these mutual interests … the United States, Turkey and the SDF [Syrian Democratic Forces] shared with regard to northern Syria.”

Esper’s remarks came after Turkish President Tayyip Erdoğan said, also on Tuesday, that his country’s operations in Syria would move forward to a “different phase.”

“We’ll move the process which we started with the ‘Euphrates Shield’ and ‘Olive Branch’ operations forward to a different phase very soon,” Erdoğan told the 11th Ambassadors’ Conference in Ankara, according to Turkey’s Anadolu Agency.

At the conference, the Turkish president also expressed his wish for Turkey to gain full membership in the European Union.

“If the European Union wants to be a global actor, they first need to win Turkey. Turkey’s membership should not be sacrificed for the ambitions of a few countries. We, despite everything, try to continue our half-century full membership struggle with a positive agenda,” Erdoğan said.

Erdoğan also used the opportunity to take a shot at Israel.

“Establishment of an independent and sovereign Palestinian state based on 1967 borders with east Jerusalem as capital is not a preference but an obligation,” he said. “As Turkey, we will continue to defend justice and righteousness in the Palestine issue until the very end. We will not abandon our first kiblah [direction of prayer], our beloved Jerusalem, to the mercy of” [Israel,] he asserted, according to the report. 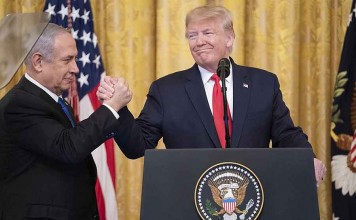