The Obama administration will soon announce the sale of dozens of fighter jets to Saudi Arabia for nearly $30 billion. Anonymous sources in Washington told the Associated Press that the $29.4 billion deal would include 84 new F-15 fighter planes and 70 aircraft upgrades.

Supporters of Israel in the US Congress were reassured the sale would not come at the cost of an Israeli military advantage. Moreover, Israeli officials have not raised protest to the deal, largely due to a mutual concern between Israel and Saudi Arabia over the threat to the region posed by Iran.


Iran, which was recently proved by the IAEA to be enriching uranium for the purposes of creating atomic weapons, has made several open threats to Israel in recent months, with President Mahmoud Ahmadinejad dedicating many speeches to his belief that Israel soon should and will be eradicated. Just this week Iran’s vice president also threatened that Iran could block the Strait of Hormuz, a central Persian Gulf oil shipping route, if hit by Western sanctions. Iran is conducting a 10-day military exercise from there out to the Arabian Sea as a means of proving its point.

Last year, an arms deal between the US and Saudi Arabia was altered when Israel opposed the sale of long-range missiles to the Saudis, leading the sale to exclude those items. Israel and Saudi Arabia do not conduct diplomatic relations. Saudi prince Turki al-Faisal has said that there is no hope of Saudi relations with Israel until Israel abandons Judea, Samaria, Gaza, the Golan, and the parts of Jerusalem occupied by Jordan in 1967.

Saudi Arabia is the most militarily advanced Arab state in the world, on top of being one of the globe’s wealthiest countries. It is a close ally of the United States, despite the 2001 World Trade Center attacks, in which 15 Saudi nationals took part in hijacking planes and flying them into the buildings, leading to their collapse and the deaths of 2,973 people. In October 2010, the Obama administration announced that the largest military arms deal in US history would be made with Saudi Arabia for $60.5 billion.

In November, the IDF announced the purchase of F-35 stealth fighter jets from the United States, originally to be delivered in 2015, but now possibly delayed due to problems in the JSF program. 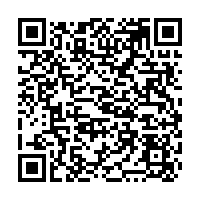