President Obama’s advance team insisted that Yityish Aynaw, the first Ethiopian Miss Israel, be included on the guest list for the official state dinner President Shimon Peres will host for the U.S. president.  At the time, they probably did not think it was necessary to do extensive background checks on the young woman.  What could be problematic about a beautiful African young woman who came to Israel as an orphan at the age of 12, and now reigns as the beauty queen of this Middle Eastern country?

But a potentially problematic YouTube video has surfaced.  Unlike a video which tanked the former Miss Delaware, forcing her to relinquish her crown, Miss Israel’s video is unlikely to harm her reputation within her domain.  The former Miss Delaware’s YouTube video confirmed rumors that she had made a pornographic movie, and it was later revealed that she was paid for her participation in that movie.


Miss Israel’s YouTube video, which is a clip of an interview aired on Israeli Ch 2 news on Wednesday, March 13, reveals something quite interesting, but utterly non-salacious.

The interviewer asks Aynaw, “What will you tell Obama when you meet him?”

She answers, “That he is a role model for me, and second, that he should free Pollard.”

Aynaw explains that she was very active while in high school – she was head of the student council – working on many different activities to help free Pollard.  She explained to the interviewer that she knows the story very well, and that if she has the opportunity, “lama lo? (why not?)”

So far there has been no response from the White House.

Jonathan Pollard has been in prison since 1987.  He was an American naval intelligence analyst in the early 1980’s when he passed certain classified information to the Israeli government. No other person who was convicted of obtaining classified information for an ally of the U.S. has served in prison as long as has Pollard, and several who were convicted of spying for enemies of the U.S. were released after serving shorter sentences.

On Wednesday, March 13, Jonathan Pollard and his wife, Esther, released a statement calling on all Israelis to show the utmost respect to President Obama during his visit to the Jewish state, according to the Jerusalem Post. This statement was made in response to a call from an Israeli politician to boycott President Obama’s speech if the president does not bring the Pollard home to Israel with him.

“Esther and Jonathan Pollard join the Committee to Bring Jonathan Pollard Home in urging the public to refrain from any action that may impugn the honor of the State of Israel by conveying, even inadvertently, any hint of disrespect or dishonor towards our official distinguished visitor,” the Pollards said in a statement. “We call upon the Israeli public to welcome President Obama to our country and to behave at all times with all due respect and honor towards the president of the United States.” 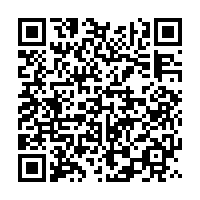