Egyptians on motorcycles opened fire on a wedding party outside of a Coptic Church in the northern Cairo neighborhood of  Al-Warak  on Sunday, October 20.

Although no one has yet claimed responsibility, long-simmering hostility towards Copts by Muslim Egyptians reached the boiling point when former President Mohammed Morsi was overthrown by the military, led by Egyptian General Abdel Fattah al-Sisi.


When al-Sisi announced Morsi’s removal, the head of the Coptic Church, Pope Tawadros II, appeared alongside him. That appearance, and Tawadros’ remarks that the move to replace Morsi was directed by those with “Egypt’s best interests at heart,” led many already willing to believe the worst of the Copts, to believe the large Christian minority in Egypt was part of a consipracy to rid Egypt of the fundamentalist Muslim leader, and return the country to military rule.

The gunmen murdered three at the scene, with nine others wounded. An eight-year old girl was among the fatalities, as were a man and a woman.

Morsi Buried in Cairo Against his Family’s Wishes 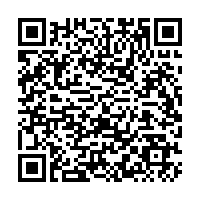