After the Temple Mount was closed to Jews for almost a week, the Israeli police permitted Jewish access to the holy site on Sunday.

The police closed the site after a group of Jews had the audacity to pray ‘Shema Yisrael’ out loud and then pulled out an Israeli flag.

Dozens of Jews went up to the Temple Mount on Sunday.

In what is an unusual response, after the Jewish visitors complained to the police about the Arabs playing soccer on the Temple Mount, which is both illegal and disrespectful, the police actually confiscated the ball, and stopped the game. At best, the Arabs simply ignore the police, and at worst, the the police simply let the soccer games continue unabated, despite the court order forbidding this disrespect on the Judaism’s holiest site. 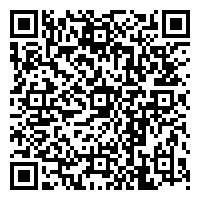