Frederick H. Cohn, New York lawyer for Abdel Hameed Shehadeh, recently said in court that he wants to exclude Jews from the jury that will hear Shehadeh’s case.


Shehadeh, 24, has been charged with lying about his alleged attempt to join the Taliban or other terrorist organization in Pakistan in 2008, and that he attempted to conceal the fact that he had traveled to Pakistan, when he later attempted to join the U.S. military.

According to the unsealed criminal complaint, Shehadeh had planned to enlist with a terrorist organization when he traveled to Pakistan on June 13, 2008, but he was denied entrance and had to return to the United States, of which he is a citizen.  Shehadeh was questioned on numerous occasions by agents from the Federal Bureu of Investigation and other law enforcement officials.  Shehadeh claimed at the time that his visit to Pakistan was to look into attending an Islamic university and to attend the wedding of an acquaintance.

Several weeks after his failed attempt to visit Pakistan, Shehadeh attempted to join the U.S. military, but his application was denied when it was discovered he had concealed his trip to Pakistan.

Shehadeh subsequently moved to Hawaii and eventually admitted to law enforcement officials that his actual purpose in attempting to enter Pakistan was to join the Taliban or some similar terrorist organization.

The criminal complaint also alleges that Shehadeh’s purpose for attempting to enlist in the U.S. military was to deploy to Iraq where he would then desert and instead join forces against the U.S. military.

Shehadeh was volutarily moved from Honolulu to New York for court proceedings in 2010, and faces a maximum sentence of eight years in prison if convicted on the charges of making false statements in a matter involving international terrorism.

Cohn, 73, allegedly said in a court hearing on the matter that he “wasn’t wild about having Jews serve on the jury.”

The reasons Cohn gave at a hearing in court last month when the issue was first mentioned made it clear that Shehadeh wanted to join a terrorist group in order to kill Jews.

“Given that there’s going to be inflammatory testimony about Jews and Zionism, I think it would be hard for Jews to cast aside any innate antipathy,” said Cohn, who is Jewish.

“The American Jewish community is heavily aligned with Israel and Zionism. Here is a guy who is a Muslim, who is opposed to those things,” Cohn told Judge Eric Vitaliano of the federal district court in Brooklyn, New York.

A motion seeking the exclusion of Jews from the jury was expected to be filed with the court today, March 11, and jury selection is supposed to begin later this week.

Jews were actually barred from jury selection in a terrorism trial in England in 2003, for the same reason given last month by Mr. Cohn for excluding them in Shehadeh’s case.  The judge in that case, where radical Muslim cleric Abdullah el-Faisal was tried for inciting race hatred and murder of “infidels,” excluded all Jews and Hindus from the jury pool.

Cohn’s effort highlights an increasing tendency, in an effort to achieve “fairness” towards accused terrorists, of marching along a road littered with the civil rights of others.

Harvery Silverglate, a well known civil rights lawyer and co-director of the Foundation for Individual Rights in Education, published an article in the Wall Street Journal about the El-Faisel case.  Silverglate decried and described this trend, “in the American legal system, of equating a citizen’s race or ethnicity with his probable point of view or, more radically still, his ability to judge his fellow citizen fairly on the evidence.”

Jews were barred from serving on juries in Colonial New York until 1671, when Asser Levy, who was also the first Jewish law enforcement officer, obtained that right.

While the official bar to blacks from serving on juries was lifted in 1875, it was not until 1986, in the case of Batson v. Kentucky, that the U.S. Supreme Court voted to prevent the use of peremptory charges – decisions by lawyers to excuse potential jurors without having to give a reason – to exclude a black person from serving as a juror in a specific case. 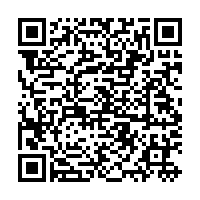