Small swarms of locusts have invaded Israel, and some of the pests were sighted as far north as the Golan Heights on Monday, but their small numbers will prevent them from creating any measurable damage, at least for the time being.

The timing of last week’s widespread locust attack in Egypt was perfect for recalling the eighth plague that struck ancient Egypt before the Exodus of the Jews, which will be celebrated in two weeks.


However, any moral messages to be learned from their appearance in Israel cannot be based on damage. Spraying has more or less prevented any danger to crops, although Agriculture Ministry officials warn that expected hot weather and winds from the south could create a danger that massive hordes of locusts could move into Israel and swoop down on farms for a pre-Passover feast.

The locusts are like isolated tourists and also are a tourist site for curious Israelis.

One hiker told the Jewish Press that while walking in the central Negev, south of Be’er Sheva, to enjoy strolling amid a multitude of flowers after heavy winter rains, he found a dead locust under a rock, providing a novel photograph. 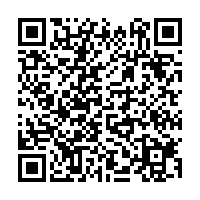