President Barack Obama will have to eat kosher for Passover meals, without bread, during his stay the King David Hotel next week, Haaretz reported.

“We’re used to hosting heads of state and also American presidents, but this situation is very special for us because it’s so close to Pesach [Passover]. For us it will be double the preparations,” the hotel’s manager, Dror Danino, told the newspaper.


That means lots of vegetables and no bread and no noodles or any other foods containing leavened bread. 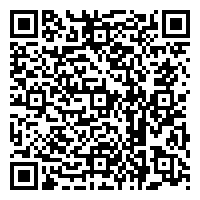