Security officials and aides to Prime Minister Binyamin Netanyahu ordered his helicopter to halt its flight route in mid-air and to land after the Israeli Air Force spotted an enemy drone approaching northern Israel Thursday.

The Prime Minister was on his to war to tour the Galilee when the Unmanned Aerial Vehicle (UAV) was spotted off the Haifa coast in the early afternoon.


While the helicopter pilot made an unscheduled landing, F-16 war planes and attack helicopters scrambled into the air.

The drone came within five nautical miles of the Mediterranean Coast when an F-16 blew it up. The Navy conducted a search for fragments of the drone, which anonymous military sources said was manufactured in Iran for Hezbollah.

A gag order on the attempted infiltration was lifted approximately two hours later. By that time, Prime Minister Netanyahu has safely returned to the air and attended a Druze cultural event. 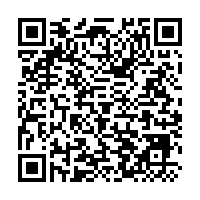