Many in Israel’s left have been trying to disassociate themselves from Ezra Nawi, the activist who was secretly taped on a Channel 2 news program Uvda bragging about sending Arab land brokers to certain torture if not death in the hands of the Palestinian Authority’s Preventive Security service (selling land to Jews is an act of treason under PA law). Those who defended him quickly became the new pariahs of Israel’s mass and social media. Then came a follow-up report Monday night showing Nawi was on the payroll of Breaking the Silence and Rabbis for Human Rights.

According to the Channel 2 revelation, Nawi was seen at the Tel Aviv offices of Breaking the Silence, picking up cash and a check for fellow activist Guy Butbia, an activist who tapes the reaction of IDF soldiers to riots Nawi arranges in the area of the southern Hebron Mountain.


The show also offered a photograph of a check to the amount of 1,300 shekels ($330), from Rabbis for Human Rights to Nawi. The NGO explained that the check paid for transportation services and tours Nawi gave to attorneys representing Palestinian land owners in Israeli courts. RHR said they severed their ties with Nawi immediately following the Uvda exposé. They issued a statement saying, “Ezra Nawi worked for us at a fraction of a position in the last few months. We had no awareness of what was broadcast in the Uvda report, and those things stand in stark contrast with the spirit of our organization. Nawi’s employment with us has been suspended following the broadcast and we will conduct a hearing with him.”

But Breaking the Silence, which has been under attack from all over in the past few weeks, appeared too tired and angry to try and save face. Their belligerent statement of response to the new Channel 2 findings was: “We don’t work for the [East German Ministry of State Security, in German: Ministerium für Staatssicherheit] Stasi and we don’t reply to the Stasi [style] inquiries. Whoever wants a Soviet block style police state – good for them.”

Meanwhile, right-wing journalist Shai Glick, who filed a police complaint regarding Ezra Nawi’s activities, reported a conversation with an investigating police officer who told him the Arab land broker Nawi was conspiring to hand over to the PA is an Israeli citizen. Nawi and several other activists were attempting to invite this Israeli citizen to the Arab village of Yatta, south of Hebron, where PA police would be waiting to arrest him.

This last revelation probably explains why Nawi hightailed it to Ben Gurion International, to catch a flight to anywhere else, when police caught him and took him in for questioning. It’s starting to sound like conspiracy to commit murder, which Israel frowns on, regardless of one’s political conviction.

Responding to sharp criticism from the left on social media, Uvda producer Ilana Dayan wrote an op-ed piece, the gist of which was: “Dear friends on the left, the right and the center, I have news for you: we don’t work for you. Not for the Le’hava people, and not for Ta’ayush, not for the Hill Youths, and not for B’Tselem, not for Bennett and not for Galon, and not for Bibi or Kahlon, or Yair lapid. We have a clear job: to present the story, verify that it’s true, new and important. And we are obligated to do it fearlessly and fairly.” 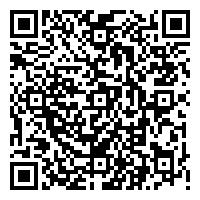