One month before outgoing Attorney General Yehuda Weinstein was due to leave office, he ruled out the judicial recommendations submitted by his successor, Avichai Mandelblit, which were intended to legitimize what current Israeli law considers illegal construction in Judea and Samaria outposts. A special advisory team, headed by Mandelblit, recommended to compel Arab owners of land who can prove that their land had been sold to Jews in an irregular manner—usually when one clan member sold them without the knowledge of his relatives—to accept alternative land in return. This would be a useful way, according to the advisory team, to permit already existing construction projects to continue, rather than engage in costly court fights and, worse, needless destruction of the already completed or partially built structures.

Prime Minister Netanyahu appointed the Mandelblit professional team based on a demand from the Bayit Yehudi party, to formulate judicial recommendations regarding real estate in Judea and Samaria. According to a report in Ha’aretz this week, the team’s assignment was to forge alternative solutions to the well-known position of the State Attorney, which habitually favors the demolition of Jewish owned structures, and which often entails entangling the government in compensatory deals with the residents. In addition to Mandelblit, who represented the prime minister in his capacity as Cabinet Secretary and the next AG, the team included Agriculture Ministry Director-General Shlomo Ben Eliyahu, Legal Advisor to the Prime Minister’s Office Shulamit Barnea-Farago, Defense Ministry Attorney Ahaz Ben-Ari, and Representative of the Minister of Justice, Dr. Hagai Vintzki, who had been hired specifically for this task, according to Ha’aretz.


One of the cases the team debated was the Netiv Ha’Avot neighborhood of the town of Elazar, in Gush Etzion, which was built in 2001. The neighborhood was created without an official government process, which awarded it the dubious status of an outpost. Since 2004 there have been several government threats to demolish various structures inside the neighborhood, based on Arab claims of ownership. In 2014 the government declared parts of the area state-owned land, which left 17 out of 35 homes still under the threat of future demolition. Peace Now has been actively encouraging different Arab claimants to pursue the case, which could mean that, after a decade and a half on their land, some residents would be forcibly removes from their legally purchased homes.

The Mandelblit team suggested an alternative whereby the privately claimed portion of the neighborhood would be swapped for an equal size plot of state-owned land elsewhere in the area, which the Arab claimants could receive. In the past such creative and reasonable suggestions were rejected by successions of state attorneys, but now there’s going to be a new sheriff in town, and AG Mandelblit could convince the state attorney to remove his objection to the swap.

Peace Now Secretary-General Yariv Oppenheimer was not amused, accusing Mandelblit of supporting his future agenda as AG from the vantage point of his current position as advisor, which explains, says Oppenheimer, “why the right has done all they could to facilitate the Mandelblit appointment. An outpost for an adviser swap.”

Which in many countries is also known as the democratic process. 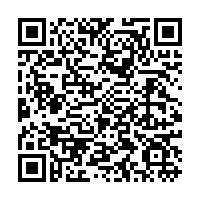