In mid-December, Hamas announced that one of kidnapped Israeli soldier Gilad Shalit’s guards was killed in the collapse of a tunnel “east of Khan Yunis,” Ha’aretz noted Tuesday, adding that the only thing in the Gaza Strip that’s east of Khan Yunis is the Israeli border. So that the most reasonable conclusion is that the heroic Hamasnik died in a tunnel that collapsed in Israeli territory. That, experts in Israel are beginning to realize, is very bad news indeed.

In the summer of 2014, under intense pressure from then Economy Minister Naftali Bennett, the IDF unearthed and destroyed 32 attack tunnels—as opposed to smuggling tunnels—the Arabs had dug in the direction of Israel. At the time, three of the tunnels had already reached east of the border fence, inside Israeli territory. The IDF assured the public that all the tunnels were out of commission, but that was then, and Hamas has been investing a huge portion of its budget in rehabilitating the attack tunnels, and in digging new ones. The same experts estimate that the number of attack tunnels is back to what it was on the eve of Operation Protective Edge.

It is significant in this context that the man who was killed under the collapsed attack tunnel had been involved in the kidnapping of an Israeli soldier. That has been the initial intended function of those tunnels: catch an unsuspecting Israeli and quickly transport him or her deep into Gaza — some of those tunnels came with integrated transportation systems. The astonishing success of the 2006-2011 Shalit operation — netting 1,027 security prisoners released from Israeli custody, many of them with Jewish blood on their hands — has lent enormous prestige to the Hamas kidnapping by tunnels strategy. This is probably the reason why Shalit was released alive, the first captured Israeli soldier to be released alive in 26 years. Hamas understood that it was crucial to let him live, to facilitate future deals with the next kidnap victim.

The other function of the Hamas attack tunnels is to be used for infiltrating the Israeli civilian enclaves alongside the Gaza Strip, the Eshkol Regional Council cluster of villages. The idea is to send highly trained squads by tunnel into the heart of each village, come out under the cover of darkness and take over the settlement. What comes next would be up to the victorious occupiers — ransom, prisoner release, or just mass murder.

This is why Hamas has been investing all its rehabilitation budget in these tunnels into Israel, while the majority of buildings that were destroyed by IAF strikes in 2014 are still piles of rubble. There’s only so much cement to go around. Which is where Hamas’s good friend to the north, Erdoğan’s Turkey, comes in.

Palestine Today reported last Thursday (H/T Elder of Zion) that the first shipment of 3,300 tons of Turkish cement would reach the Gaza Strip by Monday this week. It is reinforced cement, as per the request of UN agencies which are supposedly rebuilding Gaza. Two ships a week, on average, are expected to arrive, unload in Ashdod harbor, from which the cement is carried to Gaza by truck. Except that it turned out that those creative folks in Gaza were each applying to receive more cement than they needed for their construction projects. And, as Elder of Zion pointed, many of them filed multiple requests for the same construction job. Could this possibly be the Hamas getting its cut for the tunnel project? You think?

Colonel Roman Gofman, commander of the Etzion Regional Brigade (Bethlehem), wrote recently that “initiative and finesse, derring-do and courage will decide the fate of the next war. The IDF did not excel in any of these areas during Protective Edge. It is incumbent on us to perform a deep change [in the military system].” 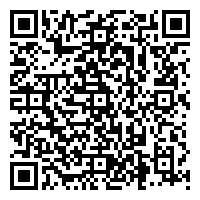