New York City Councilwoman-Elect Lauri Cumbo will be representing a portion of Crown Heights in Brooklyn beginning this January.

Cumbo took on a highly emotionally-charged topic in a long letter she sent to her constituents.  She posted that letter on her Facebook page – it has since been removed but is still available here – in which she discussed her understanding about the origins of what is widely referred to as the “Knockout Game.” Most of the Knockout attacks in New York City have taken place in Crown Heights. The New York City media outlet The Gothamist addressed the issue at length.


Knockout is a crime in which teens, seeking to gain notoriety, attempt to punch into unconsciousness a random victim. There is no theft. The sole goal is to, with a single punch to the head, “knockout” a blameless victim.

In New York City, at least, the victims have been largely, though not exclusively, Jewish.  Virtually all of the perpetrators have been African Americans.

Cumbo explained in her Facebook post that while campaigning in her district this past summer, she heard from many African American and Caribbean residents of a resentment felt towards the other minority in the Crown Heights community – Jews.

That resentment was attributed to “Jewish success” and the sense that “Jewish landlords” will push out their black tenants in favor of Jewish tenants. Cumbo relayed what she heard about this resentment at a town hall meeting about the Blackout problem. She offered that view because, she wrote, it was her view that resentment towards this  “Jewish success” could be at least part of what is fueling the hostility which leads to African American and Caribbean youths engaging in Knockout.

Cumbo goes to some length to declare her own respect for the Jewish people. She explained that pointing out the resentment, for her, is an effort to help to honestly explore the origin of the violent trend. Here is part of Cumbo’s explanation:

Cumbo was not excusing the violent behavior.  But she was resentful that the media attention given to the Knockout events had caused it to become a racially divisive issue.  In part, she blamed a Nov. 26 article in The Jewish Week for that focus on race.

Over the past month many black leaders in Crown Heights and throughout the City of New York have come out squarely, publicly, against the Knockout trend. See the video at the end of this article from a Nov. 18 press conference held by African American community leaders speaking out against the crime.

Cumbo wrote in her public letter that she wanted to play a role in bringing together the different racial groups in her constituency. She said that she wants them to move forward towards a better relationship than what they currently have.  Where she places the blame for the violence is worth noting. This is how she described it:

As an African American woman, this is challenging, because I recognize that it is Black children and not Jewish children that are playing the “Knock Out Game.” Why is this? In many ways governmental neglect, outside uncontrolled influences and failed leadership have led to the breakdown that so many young people of color are currently facing. I feel torn because I feel apart of the very system that has caused the destructive path that so many young people have decided to take while I am simultaneously demanding that they be arrested by that same system.

Former Congressman Eliot Spitzer commented on Cumbo’s Facebook posting.  He was highly supportive. He also mentioned that when Cumbo first thought about running for office he spoke with her about “different issues in the Jewish community.” Five people “liked” Spitzer’s comment – including Spitzer. 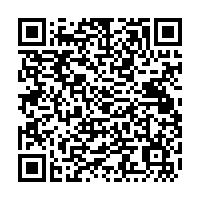