After seeing an op-ed headlined, “The Pro-Israel Tent ‘Doesn’t Matter If It Can’t Hold Disagreement,” written by my Brandeis classmates Eli Philip and Catie Stewart which appeared in a Philadelphia Jewish paper and several J Street online sources, I feel compelled to provide much needed additional information and context, so that readers can determine for themselves what is the matter, if anything, with our – and others – pro-Israel tent.

In their article, Philip and Stewart describe an incident that occurred at a pro-Israel event on campus earlier in the semester, during which Captain Barak Raz, a former spokesperson for the Israel Defense Forces, spoke.

In their op-ed, the two J Street U leaders state that Raz said there were no checkpoints in the West Bank, and that a J Street U leader asked Raz about a particular checkpoint, “motivated by deep frustration, the question was not asked calmly.”

What was not included in that op-ed is that the J Street U leader asking the question was Eli Philip, and that Philip and his J Street U colleagues were not just “not calm,” they were repeatedly disruptive and rude.  But even more importantly, at least as a matter of honesty, is that Philip arrived more than an hour after Raz’s talk began.  He missed entirely the groundwork of information already laid by Raz, which was the prelude to the statement Philip found so offensive.

But, actually, it’s worse than that. Because after Philip and his colleagues were so disruptive during Raz’s talk that there were calls for him to resign his student leadership position for having embarrassed the Brandeis community, Philip took to Facebook to announce what he called Captain Raz’s “lies” to the Brandeis community.

He wrote: Last night, at A Conversation with IDF Spokesperson Barak Raz, Barak Raz told over forty students, including former and current IDF soldiers, that ‘There are no checkpoints in the West Bank.’ For the IDF Spokesperson‘s knowledge, and for those in attendance who were lied to, here is the list of the checkpoints within the West Bank today,” which was accompanied by a link that did not work.

A conversation ensued, which included a response from Captain Raz himself:

Eli – I regret that you chose to ignore something critical. That you walked in, over an hour late, and aside from the disruptive chatter, missed the points that were made. Of the 44 checkpoints that divided the West Bank and prevented free traffic between Palestinian cities that once existed, essentially none are left (Hebron is a different story). What you have are ten positions, which remain, although their purpose and raison-d’être is completely different and they operate according to a different concept. They are better likened to forward positions that can look for a vehicle when AND IF there is related intelligence. Should you desire to continue this conversation, it’s probably best done in a way that reflects a little more integrity. I’m surprised that while you came to learn and listen, you refused to do that. Not that you need to be convinced, but the behavior you displayed was quite sub-par. I hope that with future speakers, you arrive in the beginning, so that everything that’s said on the end, isn’t out of context.”

When Philip was asked to apologize for his rudeness to a visitor brought to campus by several student groups, he refused. In fact, he said that Raz should apologize to him.

Contrary to Philip and Stewart’s suggestion that, “Some students targeted J Street U, pressuring us to keep our disagreements with the rest of the community private and to refrain from having conversations that challenge opposing viewpoints,” this was not the case at all.

What Philip and Stewart continually overlook is the fact that the outrage had nothing to do with J Street U Brandeis’s opinions. For some reason, the constant refrain when Philip and his colleagues are criticized for their conduct, they retreat into a victimized viewpoint crouch.

Most people in 21st Century America know that the unpopular position on campuses is not the one that is harshly critical of Israel, it is the one that is overtly pro-Israel.  There are far more J Street U, Students for Justice in Palestine and Breaking the Silence type events on campuses.  Indeed, there are no anti-terrorism annual events, although there are yearly, widespread week-long anti-Israel events on many campuses, including at Brandeis.

Personally, and openly, I and other pro-Israel students disagree with how they approach the Arab-Israeli conflict. Nonetheless, the issue for the Brandeis community was about respect.

Philip’s and Stewart’s continued focus on their “commitment to hearing and engaging these voices, even when they talk about things that are uncomfortable or challenging for us to hear” again misses the point. The issue was how they voiced their concerns, not the concerns themselves. They should be able to share their opinions. They need to be able to so. Silencing their voice would be morally unacceptable.

But a real, meaningful pro-anything tent is built not only by what Philip and Stewart seek.  The tent can only stand if it is grounded on facts and honesty. Sadly, based on the actions of J Street U Brandeis, they and their organization does not fit into their own model of a pro-Israel tent.

There are J Street core principles which do support what all of us are seeking. In fact, J Street’s 4th core principle asserts the idea that “vibrant but respectful debate about Israel benefits the American Jewish community and Israel.”

But so long as Philip and Stewart and the others at J Street U Brandeis fail to understand that it is not their voices and views that are minimized and feel muted, their antics will continue to lead them out from under the tentflaps.  So long as they are the ones creating polarization, they will and should have no place within the tent. For a tentpole resting on nothing but angry rhetoric cannot stand.

And those of us inside that tent will continue to feel threatened and uncomfortable at J Street U forays into our pro-Israel tent.

Given J Street U Brandeis’ behavior and factual misrepresentations, it is imperative that they cease their boycotts of respect and accurate representation of the facts, and instead emerge as a trustworthy and respectful voice. I hope we can unite around a real commitment to listening to and engaging different voices in a more civil and honest manner.  That would really lead to a broad, strong, long-lasting tent. 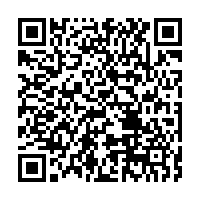