One of the questions facing the Jewish world today revolves around the issue of community. Historically Jews were almost unaffected by pandemics due to community structure, which was distinct and insulated. Today the question arises as to how this community limitation can be transformed into a community advantage in order to cope with the pandemic in the Jewish Diaspora.

In a demonstration of solidarity, Bar-Ilan University’s Dahan Center recently met via Zoom with representatives of Jewish communities in the Diaspora to learn more about how they are coping with the coronavirus pandemic. Participants in the meeting included Jewish community presidents, rabbis and community activists in the United States, France, Canada, Italy, Spain, Portugal, Switzerland, Croatia, Mexico, Brazil and Argentina. On behalf of Bar-Ilan University, participants included CEO Zohar Yinon, Dahan Center Director Dr. Shimon Ohayon, and futurist Prof. David Passig, of the Churgin School of Education.

Community representatives reported on their handling of virus-related issues, including general closures, patient care and the organization of educational activities via Zoom. Each community reported on its number of COVID-19 casualties and on measures currently underway. In-depth discussion also centered on why certain communities have suffered a high number of casualties as opposed to a low casualty rate in others.

Among the participating communities, the US, France, England and Canada have faced a particularly high number of casualties. In the US alone, more than one hundred people from the Halabi Jewish community died in one month. On the other hand South American communities indicated that the number of casualties in the Jewish community was very small in relation to the general population, and at times was hardly even affected. 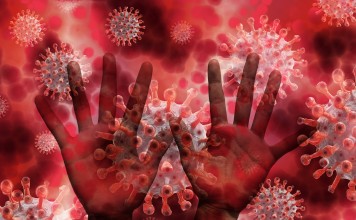