Mounir el-Motassadeq, who spent close to 15 years in a German prison for complicity in 3,000 counts of murder in the September 11, 2001 Al Qaeda attacks on the US, as well as for membership of a terrorist organization, on Monday was released ahead of the expiration of his term in November and is being deported to his home country of Morocco.

The 15-year prison term he received in 2007 was the maximum sentence in Germany for being an accessory to mass murder. Motassadeq is one of two men convicted involvement in the 9/11 plot.


Motassadeq first came to Germany in 1993 and moved to Hamburg in 1995, where he studied electrical engineering. He moved into the Al Qaeda Hamburg cell apartment which was owned by ringleader Mohamed Atta. On May 22, 2000, Motassadeq flew to Istanbul, and from there to Afghanistan. After he had returned, the four 9/11 plot leaders left Germany for training in Afghanistan and Motassadeq remained in Germany.

Motassadeq never denied knowing the 9/11 hijackers, but insisted he never knew about their terror plans. He suggested that his handling of bank transfers for members of the Hamburg cell, helping to cover up their locations and signing Atta’s will, were all favors he did for his friends.

Hamburg State Interior Minister Andy Grote on Monday issued a statement saying: “It’s good to know that Mr. Motassadeq is now out of the country so we can close this chapter for Hamburg.”

It took more than five years of trials and appeals for German prosecutors to finally convict Motassadeq. 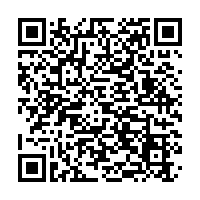