A new discovery by researchers at Tel Aviv University and Tsinghua University has broad implications for the field of computer hardware and other related media devices. Here’s why.


A new joint Tel Aviv University/Tsinghua University study finds that robust structural superlubricity can be achieved between dissimilar, microscale-layered materials under high external loads and ambient conditions. The researchers found that microscale interfaces between graphite and hexagonal boron nitride exhibit ultra-low friction and wear. This is an important milestone for future technological applications in space, automotive, electronics and medical industries.

The research is the product of a collaboration between Prof. Oded Hod and Prof. Michael Urbakh of TAU’s School of Chemistry; and Prof. Ming Ma and Prof. Quanshui Zheng of Tsinghua University’s Department of Mechanical Engineering and their colleagues. It was conducted under the auspices of the joint TAU-Tsinghua collaborative XIN Center and was published in Nature Materials on July 30.

Enormous implications for computer and other devices

The new interface is six orders of magnitude larger in surface area than earlier nanoscale measurements and exhibits robust superlubricity in all interfacial orientations and under ambient conditions.

“Superlubricity is a highly intriguing physical phenomenon, a state of practically zero or ultra-low friction between two contacting surfaces,” says Prof. Hod. “The practical implications of achieving robust superlubricity in macroscopic dimensions are enormous. The expected energy savings and wear prevention are huge.”

“This discovery may lead to a new generation of computer hard discs with a higher density of stored information and enhanced speed of information transfer, for example,” adds Prof. Urbakh. “This can be also used in a new generation of ball bearing to reduce rotational friction and support radial and axial loads. Their energy losses and wear will be significantly lower than in existing devices.”

The experimental part of the research was performed using atomic force microscopes at Tsinghua and the fully atomistic computer simulations were completed at TAU. The researchers also characterized the degree of crystallinity of the graphitic surfaces by conducting spectroscopy measurements.

The study arose from an earlier prediction by theoretical and computational groups at TAU that robust structural superlubricity could be achieved by forming interfaces between the materials graphene and hexagonal boron nitride. “These two materials are currently in the news following the 2010 Nobel Prize in Physics, which was awarded for groundbreaking experiments with the two-dimensional material graphene. Superlubricity is one of their most promising practical applications,” says Prof. Hod.

The research groups are continuing to collaborate in this field studying the fundamentals of superlubricity, its extensive applications and its effect in ever larger interfaces. 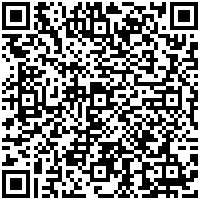