A Technion student team has won a gold medal for the seventh time at the International Genetically Engineered Machine (iGEM) Competition in synthetic biology.


This year’s team won the medal for work developing an active gel to capture COVID-19. The SARS-CoV-2 viral particles are prevented from infecting the host cells.

Unlike existing sanitization products, the gel provides active skin protection for hours and does not damage the skin microbiome.

COVID-19 is transmitted via two main routes – inhalation of airborne droplets containing millions of viral particles emitted by infected people through coughing, sneezing, speaking and breathing, or by touching the face following contact with contaminated surfaces.

The goal of the Technion team, most of whom are students in the Faculty of Biotechnology and Food Engineering, was to develop a product that would lower contact infection.

The gel offers two prominent advantages over current sanitization solutions. The first is its long-lasting protection: the gel works for hours. The second is that the gel is selective: it does not harm the skin microbiome or the body’s cells, as it specifically targets COVID-19.

The prestigious iGEM Competition was initiated by the Massachusetts Institute of Technology (MIT) in 2004 to provide students, especially undergraduates, with an opportunity to experiment in scientific and applied research in synthetic biology. Technion teams have participated since 2012, following an initiative by Professor Roee Amit, head of the Synthetic Biology Laboratory for the Decipherment of Genomic Codes in the Faculty of Biotechnology and Food Engineering.

“The achievements of the Technion’s iGEM teams are significant,” said Prof. Amit. “They do not merely amount to medals, since we have accumulated research and meaningful intellectual property that are expressed in scientific articles and in a patent published by two of our teams.”

This year, the competition was held online for the first time, with the participation of 256 teams from universities across the globe. The Technion team was led by students Tomer Antman and Hadas Yung, who joined Prof. Amit’s lab during their second-year studies to get what they called, “a taste of the world of research.”

At the beginning of the year the students proposed various ideas for their joint project, but COVID-19 shuffled the cards, leading them to choose the challenge of breaking the chain of infection. As Mr. Antman says, “We knew that when it came to the COVID crisis we had to take action, not to just wait in the hope of positive developments. We took a decision to create those developments – we decided to act.”

“We learned that SARS-CoV-2 is able to survive on the skin for hours, several times longer than flu viral particles,” explains Ms. Yung. “Fortunately, common disinfectants were found to be effective against the virus, but they have two disadvantages – they destroy the virus only at the time they are used with no lasting effect, and they also damage our skin’s microbiome, the delicate balance of bacteria, viruses, and fungus that live on our skin, which plays an important role in our overall health.”

“We compare the virus to a fish and the system to fishing,” Mr. Antman adds. “The SARS-CoV-2 gateway to the host cells is the ACE2 protein, so our “bait” is engineered ACE2 and another ‘decoy protein,’ which entices the viral particles to attach to it. The ‘hook’ is the element that carries the bait, and the’“fishing rod’ is the gel itself, which holds them all together.”

One of the conditions for participating in the international competition is community contribution. For this purpose, the team joined forces with the student teams from Tel Aviv University and Ben-Gurion University to focus on reducing racial prejudice and racism in STEM (science, technology, engineering, and mathematics) studies.

The 14-member Technion team, composed of 7 women and 7 men, was also one of four teams nominated for an “Inclusivity” award in the competition.

The team expressed gratitude for the Technion faculty members – Prof. Roee Amit, Prof. Boaz Mizrahi, Prof. Esti Segal, and Prof. Yuval Shoham – who helped them with the project, and the tutors who accompanied them – Naor Granik, Tzila Davidov, Noa Eden-Navon and Inbal Vaknin, all of the Faculty of Biotechnology and Food Engineering. 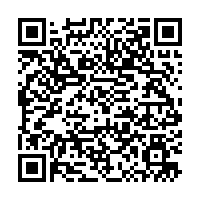