Following a stabbing incident in which a visitor to the Jewish community of Maale HaZeitim adjacent to the historic Mount of Olives Jewish cemetery was attacked by Arabs in the Ras Al-Amud neighborhood, an Egged bus transporting Jewish residents to and from the enclave was smashed by rock-throwers, who committed the attack from the same place at which the stabbing took place.

Damage to the bus indicates that the projectiles were large, and hurled at a high rate of speed by more than one perpetrator.

Despite a meeting between leaders of the Jewish community and leaders of the Arab community, and urgent phone calls from Jewish residents to the Jerusalem police, neither have attacks been minimized through pressure by local Arab residents , nor has an increased security presence been put into place by Jerusalem’s municipality.

Jewish residents of Maale HaZeitim and the adjoining Jewish neighborhood of Maalot David have expressed their anger and concern that mayor Nir Barkat and Jerusalem police chief Yossi Friyanty have not responded to threats on their lives. 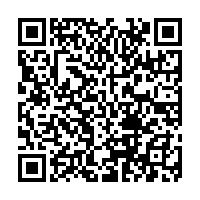