Border Police officers stationed in Issawiya in eastern Jerusalem on Sunday rushed a donkey for treatment after they spotted a group of Arab youths who were abusing it, Israel Police reported.

The officers were on a routine activity when they saw a number of youths who were dragging the donkey by a leash, beating and torturing the animal. No one from the neighborhood attempted to stop the torture.


The officers shooed away the boys and managed to free the donkey. After the boys had been dispersed, the force summoned the Jerusalem municipality veterinary department, which sent its workers to pick up the donkey for medical treatment, to be followed by rehabilitation.

One of the officers said: “We witnessed an abuse that included severe beatings of the helpless donkey, and we did not hesitate for one minute, intervened immediately and stopped the abuse.”

One must wonder what would have been the fate of this poor donkey had the Palestinian Authority been in charge of this part of Jerusalem.

Biden Removed Israeli Flag from Motorcade While in Eastern Jerusalem 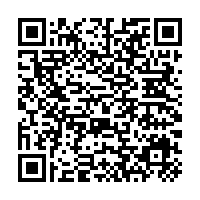