Israel has a fairly low recidivism rate, with 39% among men, and 15% among women, the Knesset Public Security Committee learned.

Members of the Knesset’s Public Security Committee toured the Ayalon Prison compound in Ramla on Thursday and were accompanied by Israel Prison Service (IPS) Commissioner Katy Perry and other senior IPS officials. They examined the incarceration conditions and spoke with a number of inmates.


“We see the sensitive, humane work that is being done here, despite all the stories and the challenges here, and that is admirable,” said Committee Chair MK Merav Ben Ari.

Committee member MK Itamar Ben Gvir said that the IPS “does sacred work that people are not always aware of.” He asked that the IPS handle the issue of what he referred to as “discrimination against Jewish security inmates,” and also work towards simplifying the transfer of inmates from one prison to another.

MK Orit Strock said during the tour that IPS was dealing with the “dark and difficult parts of society,” while MK Ruth Wasserman Lande added that “the condition of some of the holding facilities cannot remain as it is, in a modern country. The state must prioritize the development of a plan (for improving the conditions) and budget it as soon as possible.”

IPS Commissioner Perry discussed the work that is being done to reduce overcrowding in transit prisons, the opening of more wings in the north and south Israel in order to absorb additional inmates and detainees, the advancement of rehabilitation programs, the recruitment of welfare and education professionals, and incorporating advanced medical technology.

Senior IPS official Ayala Haim said there are currently some 15,000 prisoners under the responsibility of the IPS, including offenders who perform community service and those who are monitored electronically.

“The IPS is making great efforts to provide the best response to the police and the security services,” Haim told the Committee. “The goal is to place as many prisoners as possible in rehabilitation programs and in educational programs that are based on the education level of each prisoner.”

According to Haim, some 6,000 prisoners are released every year; 32% of them are granted early release and enter rehabilitation frameworks, while the remaining 68% often find it difficult to integrate into society.

In comparison, in the US, according to the National Institute of Justice, as of 2022, almost 44% of criminals released return before the first year out of prison. In 2005, about 68% of 405,000 released prisoners were arrested for a new crime within three years, and 77% were arrested within five years.

Alaska has the highest recidivism rate. According to the Alaska Department of Corrections, Alaska’s recidivism rate is 66.41%, with two-thirds of those individuals being reincarcerated within six months of being released. Alaska defines recidivism as returning to custody within three years of release. Delaware’s three-year recidivism rate is 64.9% percent, the second-highest rate in the country.

The latest data in Australia, released in January 2022 as a part of an annual report on government services, shows that 53.1% cent of released prisoners had returned to either prison or community corrections within two years.

Norway’s recidivism rate after two years is 20%, in Austria it is 26% and in Finland, it is 36%. The US state of Oregon and the Canadian province of Ontario have recidivism rates similar to Finland. 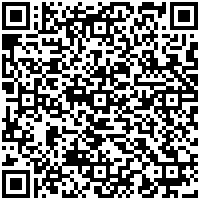