A Jordanian source estimated in a conversation with TPS that Jordan is interested in the continued survival of the Bennett-Lapid government, with the understanding that a new status quo agreement regarding Jordan’s augmented control of the Temple Mount can be extracted from it.

The source says that Jordan sent messages to Member of Knesset (MK) Mansour Abbas, head of the Islamist Ra’am party and a member of Bennett’s government, that he should act to continue to prop up the Bennett-Lapid government, and give an opportunity for a new status quo agreement to mature, which led him to withstand heavy pressure from the Shura Council and elements in the Southern Branch of the Islamic Movement which called on him to quit the coalition.


In Jordan, it is estimated that it will not be able to gain further control of the Temple Mount in a scenario in which a new right-wing government comes to power in Israel, “a government that opened the door to Qatar and Turkey to infringe on Hashemite authority on the mountain,” he said, referring to the previous Netanyahu governments.

The Jordanian source further estimated that in light of King Abdullah’s successful meeting with US President Joe Biden, who accepted the Jordanian position on the status quo at al-Aqsa, the White House will now try to avoid any move that could shock the Bennett government and therefore “will postpone the opening of the [US] consulate [in eastern Jerusalem] in the coming months or at least until Yair Lapid enters the Prime Minister’s Office.”

“Here you have received a new deal: Al-Aqsa in exchange for the consulate in eastern Jerusalem,” said the Jordanian source.

“The goal is a new agreement and a return to the situation [on the Temple Mount] that existed before 2000, and therefore the return of the Likud government is not a Jordanian interest and is considered a catastrophe. Hence the survival of the Bennett-Lapid government is preferred by all those seeking peace, and the prevailing assessment is that Biden and the US administration will do their best to preserve the Bennett government and prevent the opening of a consulate at this time,” said a Jordanian commentator.

Add to this the fact that a Jordanian Waqf official in eastern Jerusalem recently told TPS that “there is a fear that  the fall of the Israeli government due to the events of Ramadan will block the possibility of a new agreement on the Temple Mount and therefore there is lots of diplomatic activity to extract such an agreement.”

The Ra’am party refused to comment on the messages transmitted from Jordan to Abbas, but a few days ago a very senior member of the movement said, before deciding to remain in the coalition, that Ra’am presented its own outline on the Al-Aqsa issue to the Jordanian king. “And although it [Ra’am] experienced severe disappointment from the Bennett government, it does not want it to fall yet, and despite the crisis around the Al-Aqsa Mosque, it laid down its demands and its outline regarding the status quo on the Temple Mount and threatened to go all the way.”

“Ra’am has its own outline for resolving the crisis in al-Aqsa and it does not see this as a political issue but a religious and existential one and for the benefit of Jews and Muslims in Israel,” it explained.

A statement from King Abdullah’s palace said that during a summit at the White House on Friday, Biden stressed the US’ support for a two-state solution and the need to find mechanisms to reduce escalation and support efforts to calm the Palestinian territories, and the need to preserve the historic status quo on the Temple Mount with an emphasis on the central role of the Hashemite dynasty at the holy site.

Sources in the Palestinian Authority also told TPS that although a visit to eastern Jerusalem is a political statement on Biden’s part, there are no expectations for the opening of the American consulate in Jerusalem any time soon, due to the acute political crisis in Israel.

“Biden wants to get through the visit in peace, at most he will give financial aid to the hospitals in the east of the city but not beyond that,” a Palestinian source said.

In Ramallah, however, Biden is expected to make a significant statement on the need to open the consulate, although he will not set a deadline for that. 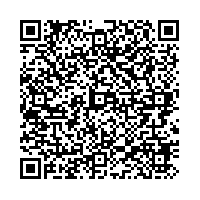