On today’s hot, Tuesday afternoon, a 21-year-old Jewish man visiting the Temple Mount requested from a police officer to let him go over to a public water fountain and take a drink, according to the Tazpit News Agency.

Generally when Jewish visitors go to drink from the public water fountains on the Temple Mount, the Muslim women on the Jewish holy site harass and attack the Jews, cursing them with “Allahu Achbar”.


The policeman, apparently fearing the typical Muslim reaction to a Jew drinking from a public water fountain said no, and instead gave the man his water bottle to drink from.

The religious young man, said the required “Shehakol” blessing one makes before drinking water and took a sip.

At that point the other policemen promptly arrested the man for praying on the Temple Mount.

A Honenu lawyer is currently working to get the man released.

The Honenu organization released the following statement. “The saga on the Temple Mount continues. Almost every day Jewish visitors are detained and arrested on bizarre suspicions that cross new red lines. To arrest a Jew because he made blessing on the water [he was about to drink] is a scandal, and if this was going on outside of Israel, one could easily argue that this was anti-Semitism.”

UPDATE: The man was released by police around 6 PM in the evening.

Here are two videos of the Muslims harassing Jews trying to drink from the public water fountains on the Temple Mount: 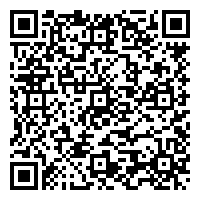