(JNi.media) The Be’er Sheva District Court on Tuesday dismissed—at the sentencing phase—the conviction of Omar Mussa Khalil Abu Kush, an Israeli Bedouin from the Negev, who was convicted of supporting terrorism. Abu Kush had already been convicted via a plea bargain of posting on his Facebook page words of support for ISIS. According to Walla, he will serve 300 hours of community service and will bear the court costs of $19,500.

According to court papers, Abu Kush, 28, became interested in the civil war in Syria while studying medicine in Jordan, and at some point began to express public support for radical Sunni organization ISIS. “ISIS is a unique phenomenon. The extremism, and the use the organization makes of the media and of social media makes it is one of the largest and most dangerous terrorist organizations active today,” Judge Eliyahu Bittan stated.

According to the Shin Bet website, Abu Kush recently finished his medical studies at Jordan University of Science and Technology (JUST). He was arrested in November 2014 based on information that he was an ISIS activist who was encouraging others to come out and join the organization. The internal police website also stated that during his interrogation Abu Kush admitted that he supported ISIS, met with ISIS activists in Jordan, and his intention had been to go out and join the fight in Syria.

Nevertheless, the judge ruled that since Abu Kush has ceased his radical activity immediately after he was warned by his father, the court would meet him half way. “You’re getting an extraordinary opportunity,” the judge said and expressed the hope that the defendant’s father would continue to influence him in the right direction. 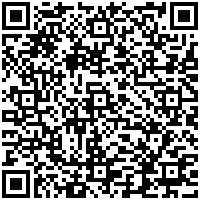