The security detail for the family of Prime Minister Naftali Bennett has been increased after a letter containing a death threat and a live bullet was sent to a member of Bennett’s family.

The letter was not addressed directly to the prime minister, according to Ynet.


In response, security officials in the Prime Minister’s Office moved to reinforce the security of the unit responsible for protecting Prime Minister Bennett’s family, which resides in Ra’anana.

“We will fight the hate speech in the streets, online and everywhere,” Foreign Minister Yair Lapid said in response to the news.

“They will not scare us. The extremists will not prevail over the sane majority.”

The Bennett family home is being used as a temporary Prime Minister’s Residence while the official Jerusalem Residence is undergoing renovation.

The Israel Police special crimes unit and Shin Bet intelligence personnel investigating the incident. A gag order has been imposed on all further information around the probe. 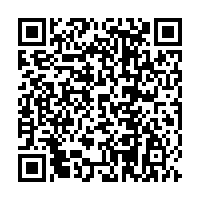