Mohammed Melhem, father of Nashat, the terrorist who sprayed innocent civilians with bullets on Dizengoff Street last Friday, was arrested on Tuesday on suspicion of accessory to murder, manslaughter, illegal association and conspiracy to commit a crime. Five people were arrested along with him, two of them family members and three others are Nashat’s acquaintances, including one man who used to work with him in construction in Tel Aviv. Two of Nashat’s brothers had been arrested earlier on similar suspicions, but a Haifa Magistrate’s Court ordered one brother released to house arrest. Altogether, eight of Nashat’s family and friends have been arrested.

According to Walla, police are convinced some of the detainees had a part in helping the terrorist escape and find shelter after the shooting. This is the reason why the manhunt has moved from the Tel Aviv area to the Wadi Ara villages, where Nashat was born and raised.


The father was arrested one day after calling on his son to contact him and to turn himself in. The father was also the first witness to tell police Nashat was the shooter. His attorney, Nahmi Feinblatt, says these are acts of desperation on the part of security forces who really have no idea where their target may be.

An aunt of Nashat Melhem told Walla the family is now afraid to cooperate with police, because “as soon as someone tells something, they come and arrest him.” She says Nashat had suffered police violence in the past. “Three months ago, right here, outside the house, police was looking in the village for weapons and drugs and they searched a few youths. Nashat came out to smoke a cigarette at that moment, and the police he was connected and took him away. He told them he’d just left the house and even asked that they ask his mother. A confrontation ensued and the cops beat him very hard and took him to the station. After he was interrogated they let him go, and the cops told him they knew he wasn’t connected to those youths and even apologized.”

According to the aunt, since that event Nashat has been traumatized. “He came back home with marks of beatings and the next day he went to the station to complain against the cops. Since that day he hasn’t been the same, something changed inside his head. He became nervous and angry. Even his mother and brothers were afraid to talk to him because he would get angry and explode, every day he was angry and restless.”

The Red Heifers Have Arrived 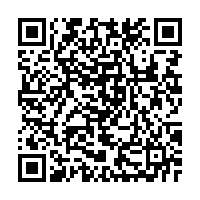