Fourteen Democratic senators introduced legislation last week calling for an extension of existing sanctions on Iran, which are set to expire at the end of this year.

Sen. Ben Cardin (D – Md.) and Sen. Chuck Schumer (D – N.Y.) are leading the push for renewing the Iran Sanctions Act of 1996, which aims to prevent foreign investment in Iran’s energy sector. Both voiced their opposition to the nuclear agreement with Iran after it was announced.

“After extensive consultations with my colleagues in both chambers of Congress and on both sides of the aisle, it is clear that we need to reauthorize the Iran Sanctions Act before the end of the year,” said Cardin, the ranking member of the Senate Foreign Relations Committee. “Doing so is vital if the United States wants to retain a credible deterrent of snap back sanctions.”

Cardin and Schumer called on their colleagues in both chambers to quickly advance the legislation when Congress reconvenes in September.

“It is essential that Congress keep Iran’s feet to the fire to make sure they do not violate the [nuclear deal]. This bill would provide the sanction authority that helps us do just that,” said Schumer, chair of the Senate Democratic Policy Committee.

On Friday, many of the same Democratic Senators who originally supported the nuclear deal wrote a letter criticizing the agreement’s inspection procedures and calling for the International Atomic Energy Agency to release more information from its inspections.

Despite international criticism, including from United Nations Secretary General Ban Ki-moon, Iran has continued to test ballistic missiles. The Islamic Republic reportedly launched a ballistic missile using North Korean technology on the night of July 11-12, the ninth such test it carried out since reaching a nuclear deal with global powers last year. 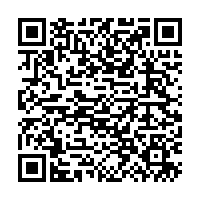