Two people were arrested Thursday afternoon during a demonstration outside the Knesset as protests continue against Prime Minister Benjamin Netanyahu. The two were brought in to the precinct for questioning on suspicion of “disturbing a police officer, refusing to identify themselves and disturbing the police,” according to a police spokesperson.

The protesters have now added a new rallying cry to their demonstrations: they are also yelling against the lockdown about to be implemented by the government, effective Friday at 2 pm, in the hope of saving lives and stemming the spread of the coronavirus pandemic in the country.

The protesters are outraged because the impending lockdown includes limitations on their freedom to hold demonstrations as well.

According to the new guidelines, protesters will be held to a maximum of 2,000 participants in front of the prime minister’s official residence, and those will be forced to remain in capsules of 20 participants each standing two meters apart. 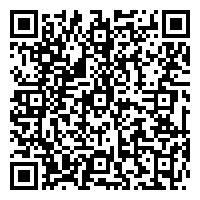