With the significant rise in the pandemic’s morbidity in Israel over the past week, and the dramatic decisions of the Corona Cabinet regarding closures in dozens of “red” cities, a special survey conducted by Mano Geva and I-Panel shows very encouraging data for Yamina chairman Naftali Bennett, whose party leaps to 19 seats had the Knesset elections been conducted now.

This makes Yamina the second largest party in Israel, behind the Likud with 31 seats. Yair Lapid’s Yesh Atid drops to 15 seats, and if the new contender for party leadership Ofer Shelach wins, Yesh Atid would slip to 13 seats, according to the survey. The Likud remains stable at the top of the chart with 31 seats (down from its current 36).


The rest of the chart remains largely unchanged: the Joint Arab List wih 15 seats; Blue&White with 11, Israel Beiteinu with 8, Shas with 8, United Torah Judaism with 7, and Meretz with 6 seats.

The rightwing-Haredi bloc stand at 65 seats, but this includes Yamina which at this point has decided to stop being taken for granted by Netanyahu – and has preferred sitting in the opposition and attacking the PM’s failures over settling for the second- and third-tier portfolios he had offered them. Apparently, not being in government is the best thing that ever happened to Bennett, Ayelet Shaked and Bezalel Smotricg.

The center-left-Arabs bloc stand at a puny 47 seats, and Avigdor Liberman’s Israel Beiteinu, with 8 seats, has lost its kingmaker’s charms for the time being.

Another interesting statistic following last week’s challenge by MK Ofer Shelach against the chairman of his party, Yair Lapid. Shelach called for holding primaries for the Yesh Atid chairmanship, and the polls gave Lapid a big lead in such a mtch between the two. According to our poll, if Shelach were to win, Yesh Atid would drop from 15 with Lapid at the helm to only 13 seats. Neither score is much to write home about, seeing as Yesh Atid currently holds 17 seats in the Knesset (together with its partner Moshe Yaalon’s Telem).

Alongside his party’s large increase in seats, Bennett can also be pleased with the “qualified to be prime ministerial” reponse of this survey. The former defense minister wins 28%, only 9% less than the actual prime minister, Netanyahu, who gets only 37%. Far behind them stand the deputy prime minister Benny Gantz with 18% and opposition chairman Yair Lapid with 16%.

The gap between Lapid and Netanyahu in this category is 29% in favor of the Likud leader.

But suggesting that Netanyahu is the best choice for PM does not mean respondents believe he is doing a good job. Following a week in which Netanyahu’s government decided to close down the red cities, and with the threat of full closure for the high holidays on the table, 65% of respondents said the government’s performance was bad, compared to 32% who said it was good. And 61% said Netanyahu’s personal performance in managing the pandemic was bad, compared with only 37% who said it was good

Overall, 63% say Netanyahu’s overall performance is a failure, compared to 34% who say it is good overall.

The survey by Mano Geva and the Midgam Institute in collaboration with iPanel was conducted on Sept. 4, among a representative sample of voters ages 18 and older. Sampling error +/- 4.4% through an online and telephone survey. 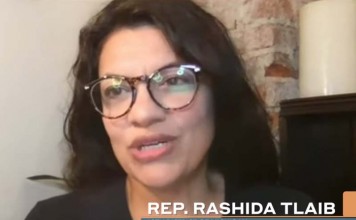 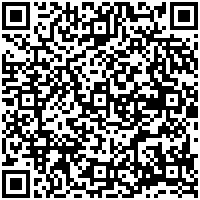