On Tuesday, following the terrorist attack in Bnei Brak, Prime Minister Naftali Bennett issued a call regarding “expanding the policy of carrying weapons by regular and reserve IDF soldiers.” But a Kan 11 investigation discovered that even the existing, limited IDF directive on carrying weapons is not being carried out.

Years of dealing with terrorist attacks throughout Israel, both spontaneous and organized, have shown that when armed Israelis are nearby, the incident ends quickly and greater carnage is avoided.


According to a directive from the head of the IDF Operations Division that was issued about a year ago, it is “approved for all soldiers with a Rifleman 03 rank or higher with the necessary qualifications to carry a military weapon – to go home with their weapon.”

The Rifleman 03 rank is acquired at a relatively early stage in combat training, after two months in boot camp.

The Operations Division’s directive means that even without the prime minister’s call, it should be possible for combat soldiers on their way home and while they’re off-base to be armed and on hand in case of an attack.

But according to Kan 11, in recent days, many soldiers, including members of elite units and in advanced stages of their military service, have reported that they are not allowed to go off-base with their personal weapons. The reasons cited are the IDF’s fear of the weapons being stolen, and for other reasons thought up by unit commanders.

The IDF responded: “According to the instructions of the IDF Operations Division, fighters who have completed combat training at the level of Rifleman 03 and above are allowed to go home with their personal weapons, subject to compliance with firearms security conditions while away from their unit.”

And the message concludes: “Each unit has the authority to exempt this directive by a commander with the rank of colonel.” 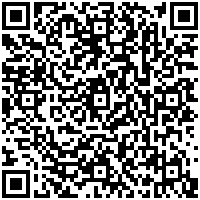