Researchers from Tel Aviv University and the Israel Antiquities Authority examined jars unearthed during excavations in the City of David and were surprised to find remnants of the exotic spice vanilla from 2600 years ago.

The researchers say “the discovery of vanilla fantastically illustrates which luxury products came here – possibly from India and its surroundings, thanks to Jerusalem sitting on the international trade route.”


The two buildings unearthed in the excavations were destroyed in the Babylonian destruction of Jerusalem, in 586 BCE, and the jars were discovered smashed inside the rooms, under a collapsed building.

“Examining the contents of jars opened a window for us, to find out what they ate – and in this case – what they drank in Jerusalem, on the eve of the destruction,” remarked archeologists Dr. Joe Uziel and Ortal Chalaf. 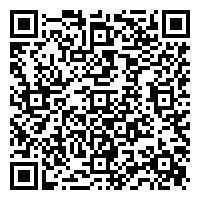