Defense Minister Benny Gantz on Sunday decided to nominate IDF Deputy Chief of Staff, Maj.-Gen. Herzi Halevi as the IDF’s 23rd Chief of Staff. According to a Defense Ministry press release, the decision was made following a thorough assessment process that had been conducted over several months.

Gantz announced his decision to Prime Minister Yair Lapid and Chief of Staff Aviv Kochavi, saying Halevi is “the most suitable officer in terms of the rich operational experience he has had in a variety of arenas, as well as his command abilities and his approach to various military issues, which he proved throughout his years of service in the field and at headquarters.”

Gantz also considered Major General Eyal Zamir for the position. Zamir was replaced by Halevi as Deputy Chief of Staff in July 2021. Gantz told Zamir that he considers him, too, an excellent, worthy and qualified candidate for the position of Chief of Staff as well as for other senior positions in the defense system.

Halevi, 54, studied at the Himelfarb religious high school and was a member of the religious boy scouts. He was drafted into the IDF in 1985, and volunteered as a combat soldier in the Paratroopers Brigade. He served as a squad leader, and in 1987 completed Officers School and returned to the Paratroopers Brigade as a platoon leader. Halevi led the Brigade’s Anti-tank company in counter-guerrilla operations in South Lebanon and was later assigned to the Sayeret Matkal special force, where he became the commander during the Second Intifada. He later commanded the Menashe Regional Brigade in Judea and Samaria. During Operation Cast Lead Halevi commanded the 35th Paratroopers Brigade. He later commanded the 91st Division.

In September 2014, he was appointed chief of the Military Intelligence Directorate. In 2018, he became the commander of the IDF’s Southern Command, which included the Gaza Strip border. In November 2019 Halevi commanded IDF’s Southern Command forces in Operation Black Belt when it fought the Islamic Jihad following the targeted killing of its senior commander Baha Abu al-Ata in Gaza.

Halevi’s name came up several times concerning social issues. At the height of the protest of Israeli Ethiopians after the killing of Solomon Teka by an Israeli police officer, Halevi sent a letter to the commanders in the Southern Command, saying: “I am writing you on a subject that is neither operational nor professional, but it is in all our hearts.” He stated that “the protest is legitimate, understandable, and even necessary.”

As the head of Military Intelligence, Halevi was quoted as saying at a Reform community event that his concern about the lack of cohesion in Israeli society is greater than his concern about terrorists’ threats against the country. 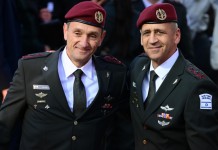 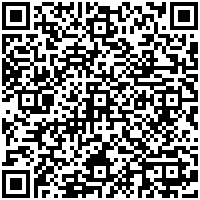