It’s true that polls are nothing more than a snapshot, and that he who lives by the polls dies by the polls – but it’s still much better to be winning those things than to discover that your party is trending into oblivion. And so, as everything in Prime Minister Netanyahu is pointing to a declaration of new elections this week, several of his coalition partners – presuming they were watching Channel 2 News Monday night – need to rethink their strategies fast, or find their Knesset mandates significantly diminished or gone altogether.

The survey, conducted by Mano Geva and Mina Tzemach of Midgam with a sample of 558 respondents from all parts of Israeli society, shows the Likud increasing the gap with MK Yair Lapid’s Yesh Atid, while Orly Levy-Abekasis, the lone MK who left Avigdor Liberman’s Yisrael Beiteinu, manages to pass the threshold with 5 seats—even as Liberman is struggling to stay alive.


When asked who is best suited to be Israel’s next prime minister, 36% of respondents supported Netanyahu—graft investigations and all. Only 12% wanted Lapid, only 8% went for Labor’s Avi Gabai, and only 6% wanted Naftali Bennett. None of the above received 25%.

One more important revelation: 54% of respondents do not want new elections; only 30% want them; 16% picked non of the above, whose popularity appears to be growing in this obviously manufactured crisis.

The survey shows Likud with Netanyahu increasing their mandates to 30, which is the size of their current delegation and better than their previous Midgam score of 26.

Even more important, Yair Lapid gets only 21 Knesset seats in this one, which is admittedly a lot better than his party’s current 11 seats, but down from its projected 22 in the previous Midgam poll.

The biggest karma story of Israel’s elections appears to be Liberman’s. He was the architect of raising the threshold vote to 3.25%, which means a slate had to win 4 seats before it could get its first. Liberman did this to try to get rid of the tiny Arab parties in the Knesset. So the tiny Arab parties cobbled together a coalition slate they called the Joint Arab List (which they then modified to juts the Joint List, because one of their members, Dov Khenin, is Jewish) – and won a whopping 13 seats. This poll shows them slightly down, with 12 – while Liberman is fighting for his political life with barely the 4 mandates required to stay on the safe side of the threshold. Consult Proverbs and Psalms for appropriate verses to illustrate that one.

The Zionist camp headed by Avi Gabai is dropping once again, winning only 13 Knesset seats compared with a projected 15 in the previous poll and its current Knesset mandate of 24 seats.

Habayit Hayehudi headed by Naftali Bennett maintains its projected mandate of 11 seats, up from its current 8, but well below what the polls were giving it over the summer (as high as 15). If Bennett wants to make good on challenging Netanyahu for the premiership, he’ll have to do much better.

Meretz, on the other hand, seems to have recovered nicely from the retirement of its leader Zahava Gal-On and wins 7 Knesset seats in this poll, compared with 6 in the previous one and the 5 seats it commands today. Perhaps Chairman Gal-On did the right thing…

United Torah Judaism, which started the coalition crisis with its demands to absolve Haredi youths from enlisting in the military, appears to benefit from its own handiwork – it will increase its current 6 seats to 7.

Shas, on the other hand, is fighting for its life at the threshold, barely getting the 4 seats it needs to stay inside. Without the backing of the late Rav Ovadia Yosef, with its internal split, and with new corruption allegations against its chairman, Interior Minister Aryeh Deri, the party is dying in all the polls, and this one is not different.

Orly Levy-Abekasis appears to be a surefire newcomer with her projected 5 seats, but others – former defense minister Moshe Yaalon and former Shas chairman Eli Yishai – aren’t nearly as lucky, they both remain outside.

Generally speaking, though, this poll does not show any changes in the overall political map: the rightwing parties get 56 seats, center-left parties get 41, the Haredim get 11 (even if Shas is eliminated, it will likely sign a pre-election deal for remainder votes with UTJ), and the Arabs 12. It means only the right can cobble together a new coalition government, assuming the Haredim would never join forces with their archenemy Lapid (for some reason they don’t have a problem with their archenemy Liberman – go figure). 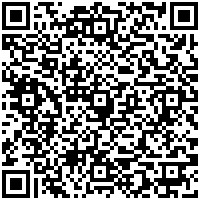